Welcome to the first monthly update of 2018! (Yes I missed January, sorry about that.)

February was a busy month. I officially finished my first year of teaching, my third graders graduated, and I went back to America to see my family!

Out of all my other friends and all their school’s, mine was the last one to finish. So I was scraping to pull together lessons that would keep their attention until the absolute bitter end. Lesson is a generous term. I mean game. But they were games that required them to speak English.

So when the morning of graduation finally rolled around, it felt like it’d been a long time coming.

That morning I did the same thing as always, stopped at the convenience store by my house and bought something that would pass for a breakfast and a coffee, and walked up the big hill by my house and the big set of stairs in front of my school. When I walked up to the office I was surprised to find it locked.

The head teachers all usually have to get to school earlier than everyone else so I’m not often the first one in the office. But I undid the combination and sat down at my desk. I grabbed one of the third grade graduation albums, a lot like a year book but only the graduating students get one, and started looking through it. School pictures had been in the summer time so my big kids all look like babies in their pictures.

The ceremony itself was nice. One teacher read their names and they walked across the stage (some taking full advantage of the fact that all eyes were on them) and received their diplomas.

Everyone milled around a bit afterwards and I tried to grab some of the kids I was close with to tell them congratulations, that I would miss them, and that they should come back and visit me at school.

One of my favorite girls was already a little teary when I came up to her, but she started crying when I gave her a hug.

The two hours or so after graduation had the kind of weird limbo feeling to it where no one really wanted to do anything or leave and the students were lingering around in the office saying goodbye and chatting.

I worked on packing up my desk for a while after that and enjoyed the super relaxed atmosphere in the office and saying goodbye to kids I’d see in the hallway.

Eventually it was time to leave, I got off a little earlier than the other teachers in my office because I had to prepare to go to America the next day.

This was the last time I’d see them all at their desks in the grade three teachers office. Many of them were going to different schools and so for some it would be the last time I’d probably ever see them. The math teacher grabbed me again once I was out in the hallway to slip a little present into my bag as a thank you for helping her with something months earlier. And one of my co-teachers surprised me with a really lovely gift for my parents.

I walked down the long staircase outside my school every single day for an entire year. And will again for another year. I walk up them every morning at 8:00am surrounded by now familiar faces in dark green school uniforms, then and back down them alone everyday after 4:30pm.

But I don’t often walk down them in the middle of the day.

But this time, when I walked down at about 1:30 when the sun was still high in the sky and the early winter sunset hadn’t yet started, it felt very different.

Maybe that’s why I was suddenly absolutely overwhelmed by emotions. Despite being a, relatively speaking, short day leading up to the point where I found myself walking down the stairs, it was a long day in terms of quality.

I was overwhelmed by the entirety of the past year. All of the things that had been hard and beautiful and the things that were ending with the school year. I knew that even though I’d be walking back up these stairs again in about 3 weeks that it wouldn’t be exactly the same school I was leaving now.

I was sad for all of that but mostly I was grateful. Not everyone gets to have an experience like the year that I’d just had, and even fewer get to know what it’s to live day in and day out at this middle school on top of the hill.

Anyway, I managed to keep the tears mostly at bay for fear of running into a student on my way home.

When I did arrive at home it was to the massive task of packing up all the presents and souvenirs I’d bought for my friends and family over the past year. Those took up the entirety of my suitcase and in what little nooks and crannies that were left I shoved in a few pieces of clothes to wear when I was back home.

And the next morning my long journey to America began.

I woke up around 7:00 to finish packing and cleaning my place before heading off to the bus stop at about 10:00. From the bus stop in my city I got on an airport bus for the three-hour trip to Incheon airport. I arrived about 1:00 which meant I had a LOT of time to kill before we started boarding around 5:30. 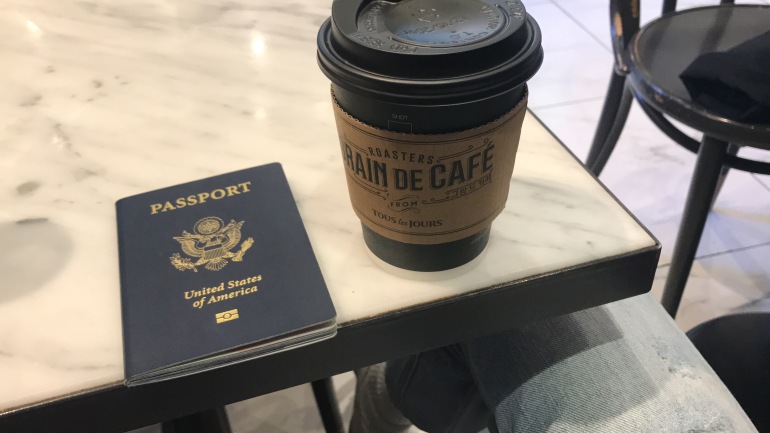 Getting there super early had seemed like a good idea initially, but I started to regret it very quickly. Particularly because I was too early to check-in my giant suitcase so I had to lug it around with me as I wandered around killing time. 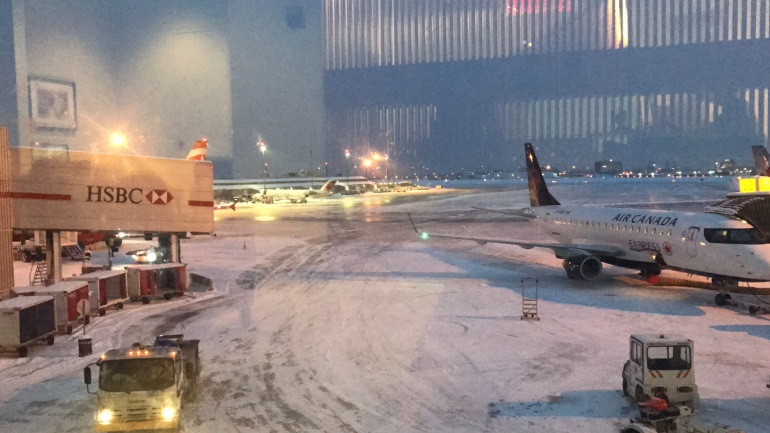 So by the time that we took off at 6:00ish I’d already been awake and stressed for about 12 hours which is probably why this journey was particularly terrible. There was nothing unusually bad about the flight itself it’s just that spending about 15 hours in a metal tube where you can’t move, can’t get comfortable, can’t sleep, and can’t eat when you want to is just objectively terrible. 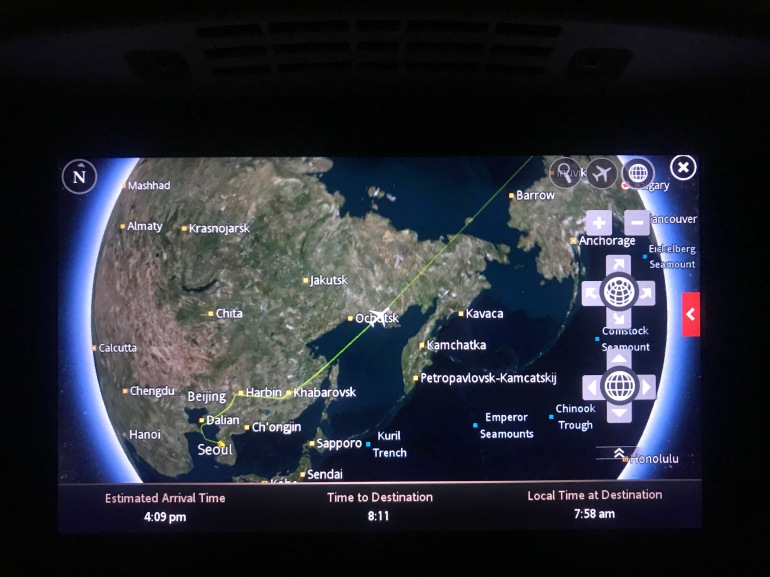 So when I finally arrived at the airport by my hometown I’d been awake for about 36 hours straight. Not exactly the state I wanted to be in when I saw my parents for the first time in a year. But it was a lovely reunion nonetheless.

I was pretty much delirious as we waited for my bag to come around and then on the drive back to my house. And I have never needed or enjoyed a shower as much as I did the one I took as soon as we got back. I passed out almost immediately after.

When I woke up the next morning at a relatively decent hour I thought that maybe I’d kicked the jet lag altogether but that turned out to not be the case. It ended up taking about 4 days of waking up at 4:30 in the morning to get over it but all in all wasn’t too bad.

The first week of my trip was spent mostly with my family relaxing. Highlights include; eating my parents cooking, watching ton of the Olympics with my mom and getting very involved with the figure skating, seeing my long time best friend, and going to the beach. That last one was particularly sweet because it was still snowing in Daejeon. 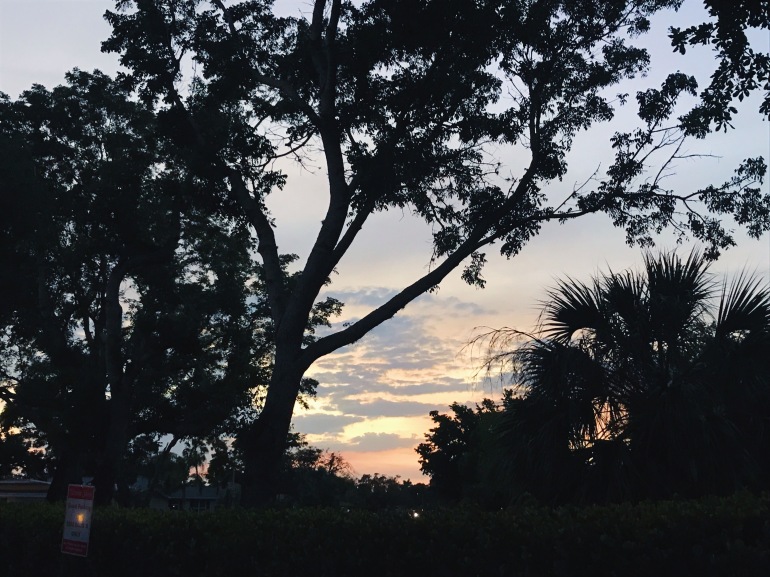 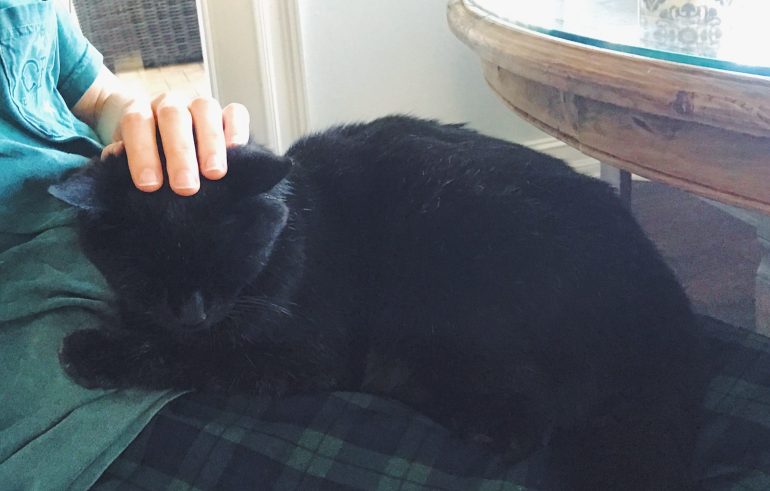 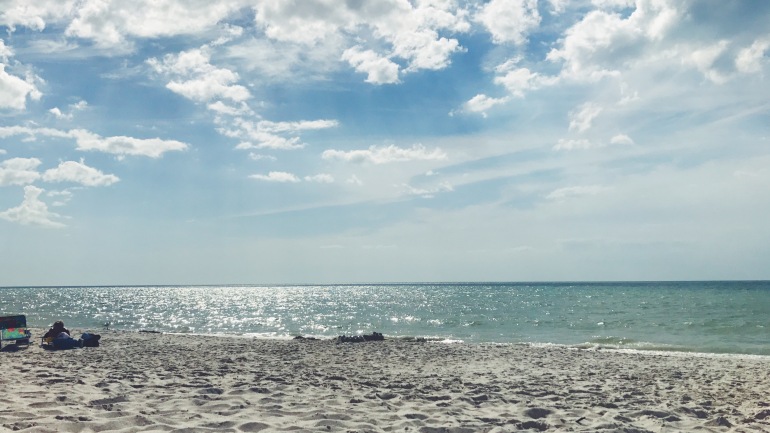 The first weekend I was home I went up to the town where my university is and got to see a ton of my friends who are still living, working, and studying there. That place and time in my life is really important to me, so being back there again felt like coming full circle somehow. 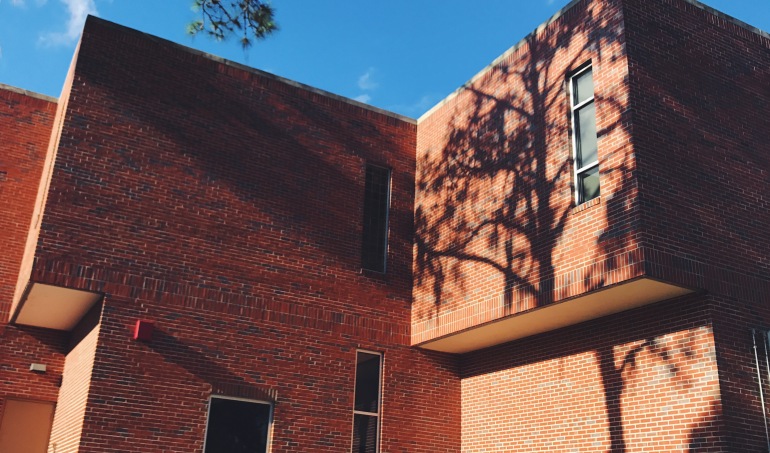 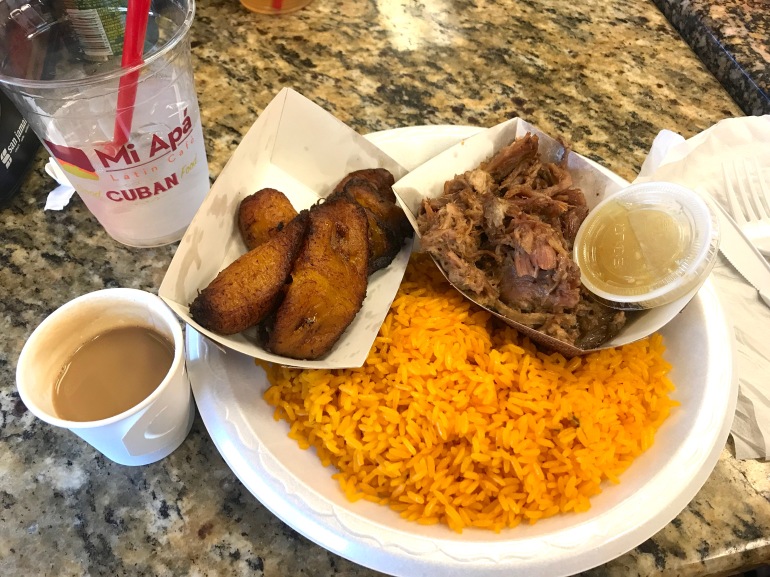 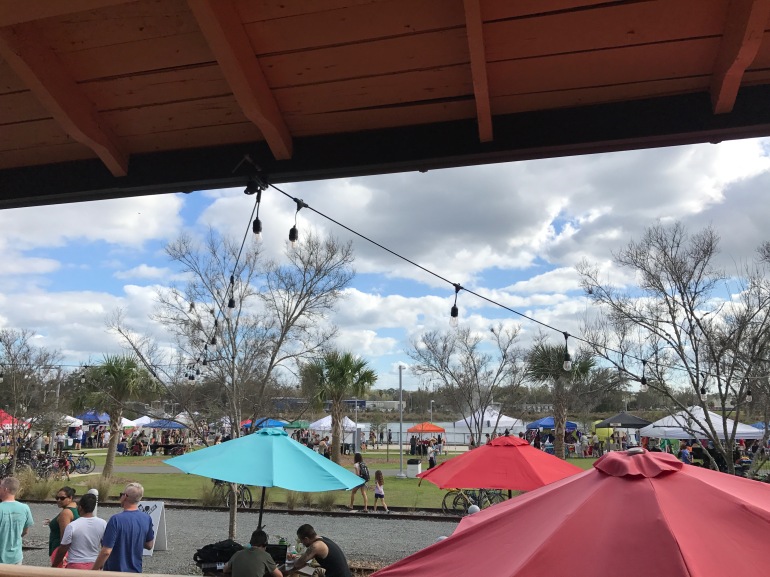 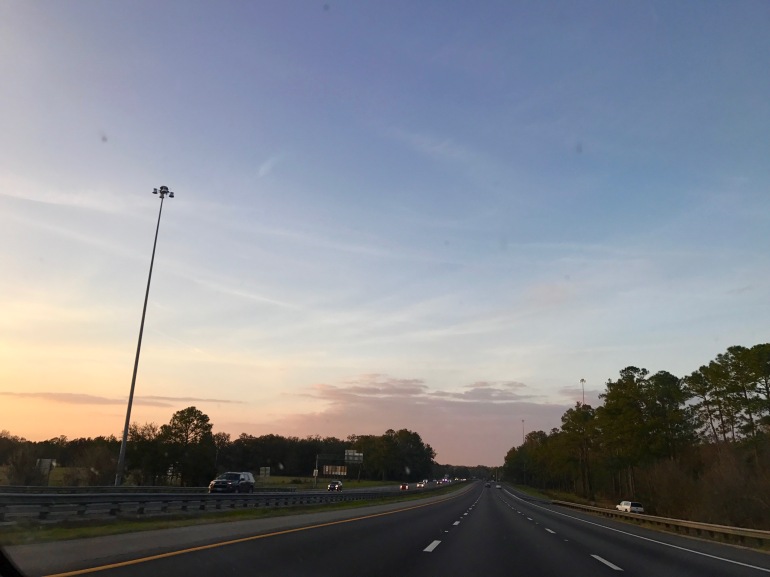 Then my second week at home was a lot of shopping for things that I can’t easily get my hands on in Korea and trying to pack in as much time with people as I could before the trip ended all too quickly. 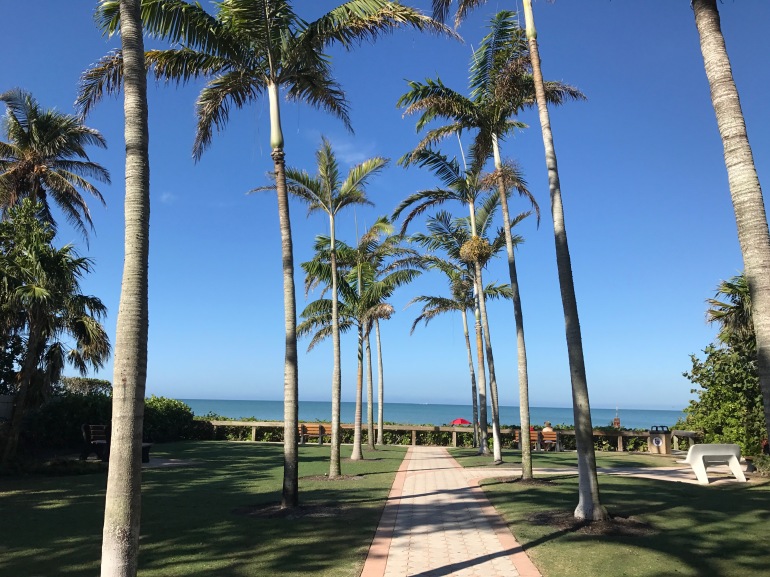 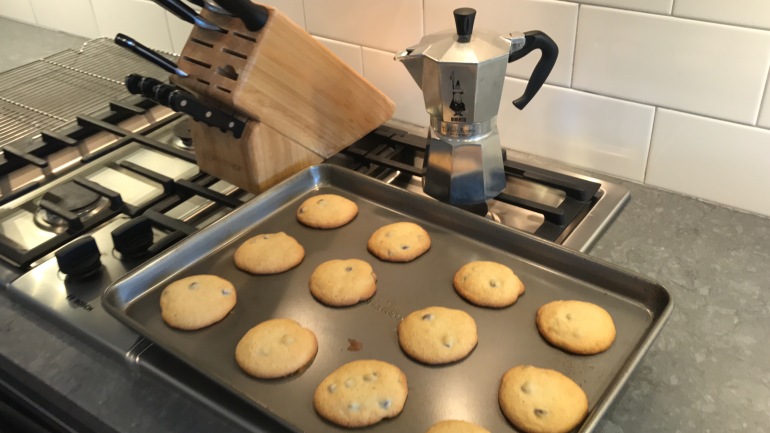 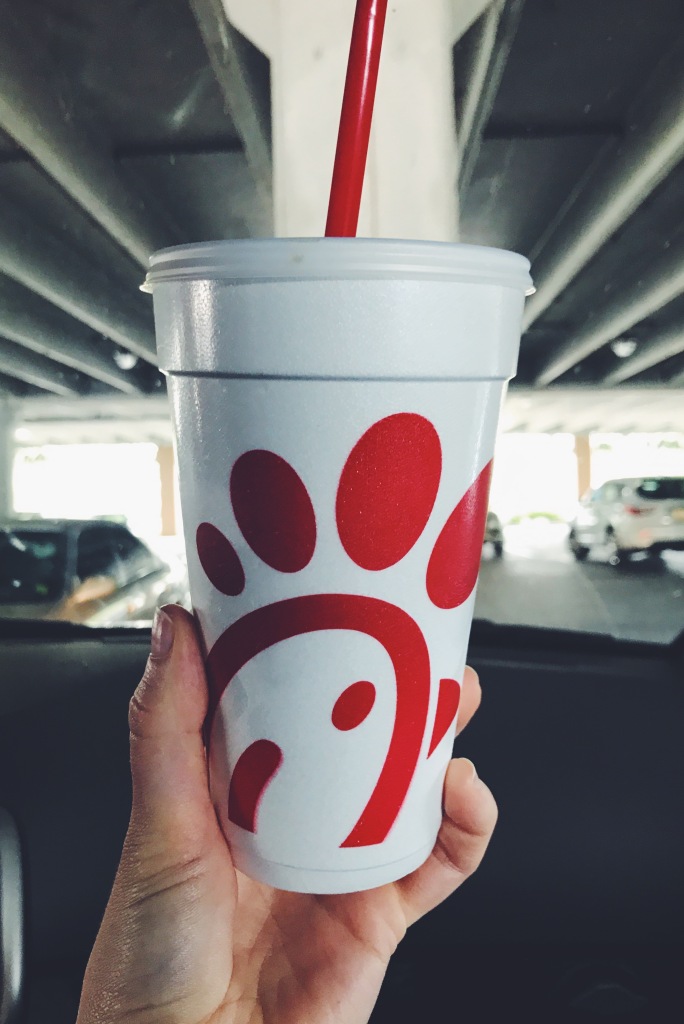 And before I knew it, it was over. Way too quickly.

Besides the trip up to see my friends for the weekend, I didn’t really plan anything for my entire time there. And that ended up being exactly what I needed.

I got to just simply be at home. With no pressure, no work, and no obligations.

I can’t even explain how amazing it was to be with my family again. I did a good job of pushing back thoughts of how much I missed them all year, but I’m not sure if I’ll really be able to do that again this year.

It was so relaxing, and rejuvenating, and exactly what I needed to be able to face this new year ahead of me.

I really hope I don’t have to go another whole year without seeing them again, but at least I know how special our time is when I can get it.

My flight left Florida at about 7:00 in the morning and from there it was off to Toronto, same as on my way over. 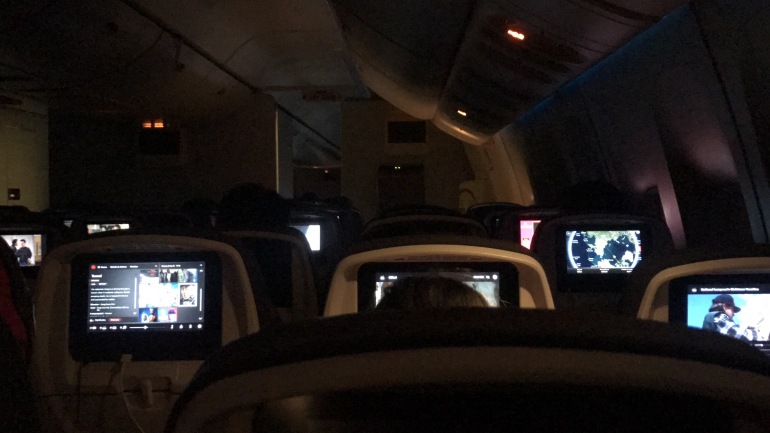 Three hours to Toronto, a two-hour layover, and then 13 hours to Incheon. The long haul flight was pretty rough because in the seats directly behind me where two very unhappy toddlers who exercised their ability to express those feelings during the duration of the flight. But other than that it was actually a lot better than my long flight on the way over because the timing of it was mostly during hours I’d normally be awake. 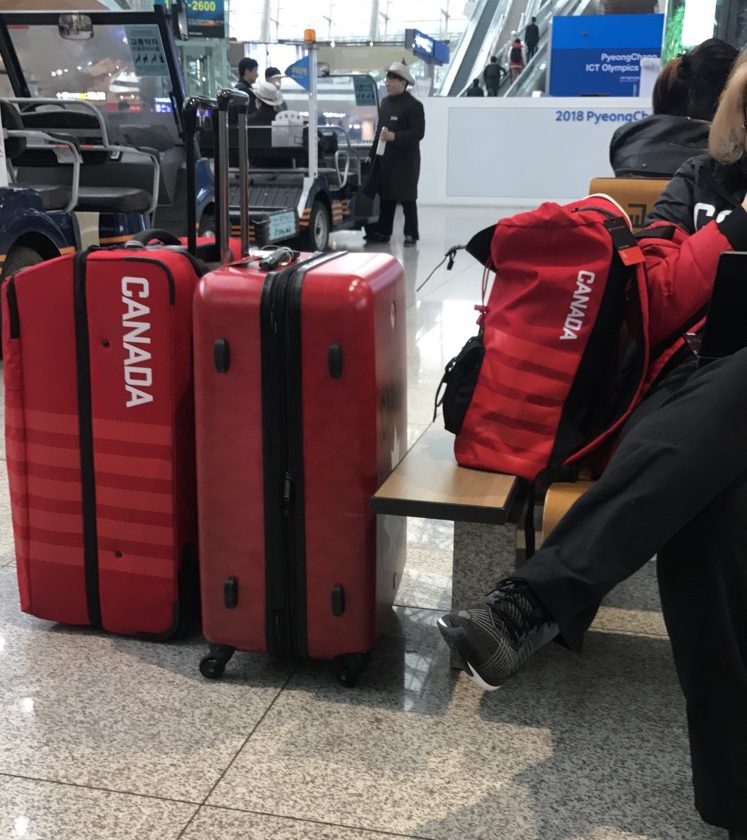 I finally arrived in Incheon, and saw some team Canada staff, at about 3:00 in the afternoon. After getting through immigration I had to wait for my checked suitcase, make my way downstairs to the airport train area, wait for the next train to Seoul station, go to Seoul station where I then waited for my KTX train back to Daejeon, stayed on the KTX for another hour, got off at Daejeon station, found a taxi, and then finally finally after nearly two days of traveling arrived at my house.

Arriving in America was easy because my parents were there to pick me up and drive us back home after. But this was ridiculous. Mostly because I was also dragging along my incredibly heavy suitcase along with me. My hands had blisters when I got back to my house.

When I finally got home I showered and promptly passed out at about 10:00.

Once I was back in Korea I had three days until I started work again. During that time I mostly just woke up very early thanks to the jet lag, unpacked, thoroughly cleaned my apartment, and prepared for the new semester. And fell asleep very early. 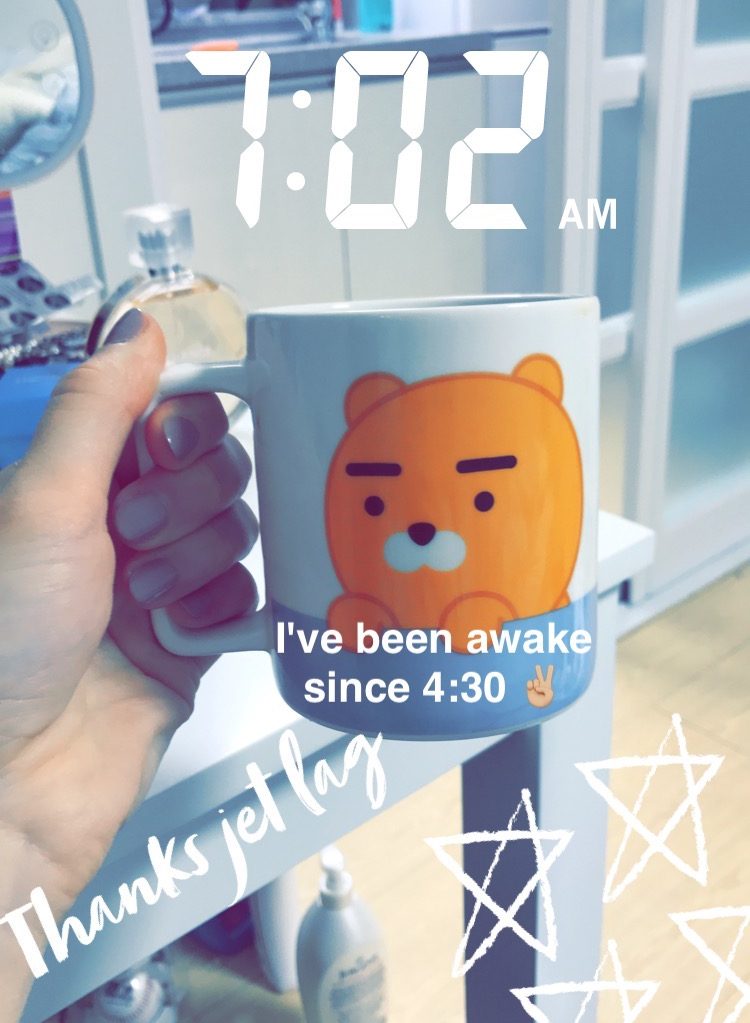 The last day of February was also my first day of teaching, about which I have written here.

It was a good start to the year and a good way to put the bookend on February.

Sorry I’m getting this to you when we are well into March, but it’s been a little busy around here ><

I hope that you had a lovely February as well! Thanks for reading!