The morning of Tokyo day 3 my friends and I decided to try to wake up at a decent hour and head out towards Meiji Shrine in an attempt to beat the crazy crowds that we had seen there the day before.

I say “try” because by the time we left, stopped for coffee and a bite to eat, and made it to the shrine, it was about 10:30 and the crowds had pretty much picked back up for the day. But it was cool nonetheless.

Once we made it inside what I think was the main shrine area (it was a little hard to tell what was what) there was a sudden little procession of people dressed in traditional clothes. 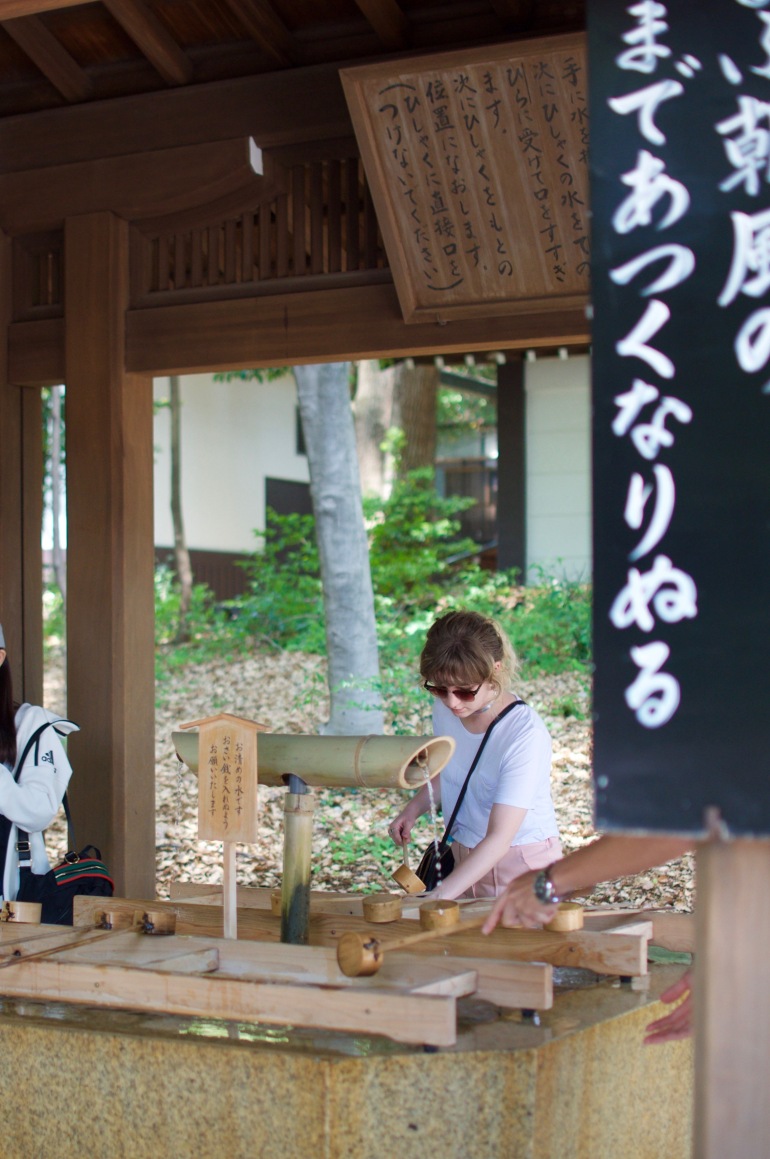 From the shrine we walked through Harajuku again for a bit and found somewhere for coffee and wifi and to rest for awhile we planned our next move. 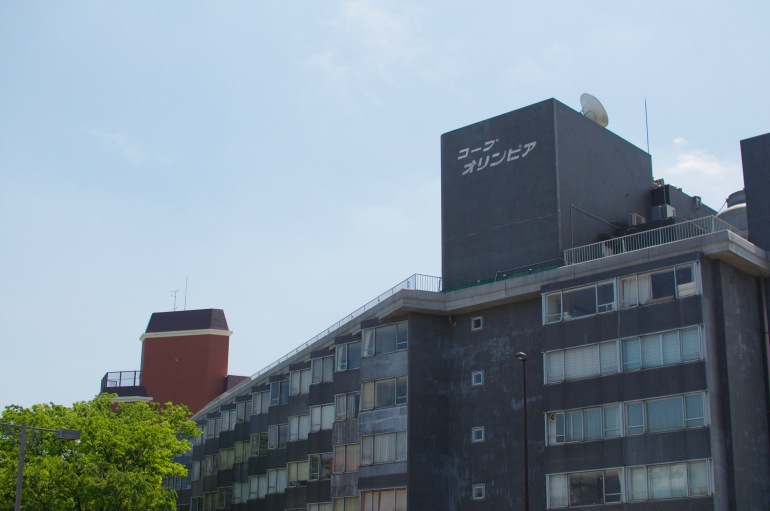 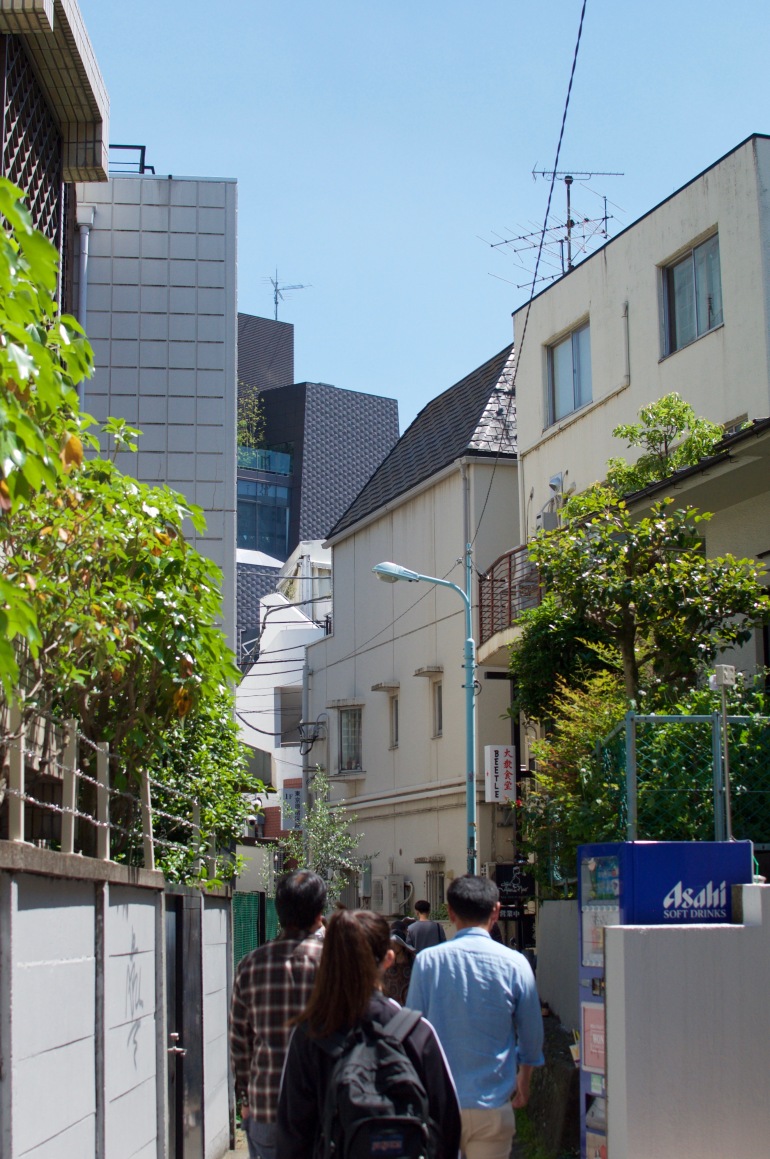 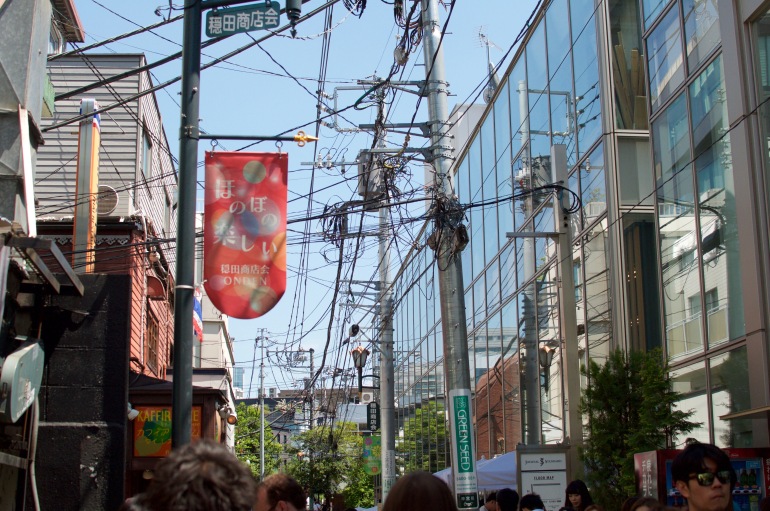 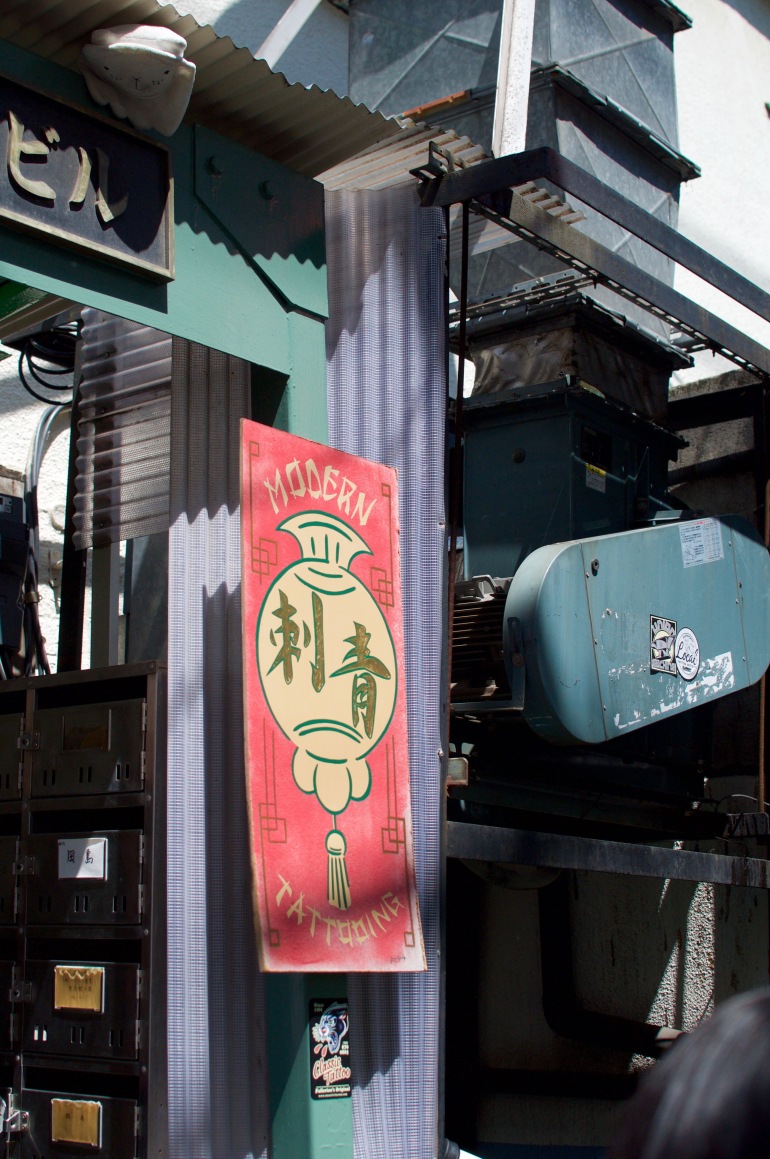 My friends wanted to try this famous dumpling place so I went with them to wait in the line for a bit before I had to go off again to meet up with my Japanese friend.

It seems like anywhere worth trying has a line.

But when 2:00 rolled around I headed off to go find my friend amid the masses of Shibuya crossing. Once I did, we headed to an area that he had suggested after the question, “Do you like vintage stuff?” In a funny turn of events this neighborhood we went to was actually one of the only places I had really wanted to see in Tokyo. I had heard it was famous for being kind of a smaller quirky, up and coming area with lots of cool stores and cafe’s. 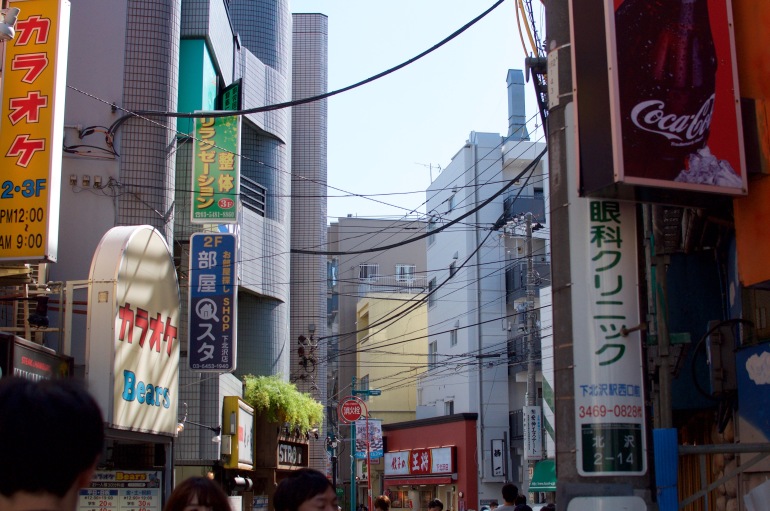 Shimokitazawa did not disappoint. It reminded me a lot of a smaller town, right out side of the city where my university was, that I used to frequent because of an antique book store that I was in love with. That store unfortunately closed down during my senior year of university when the owner passed away and I was quite upset about it.

Being the nostalgic, sentimental kind of person that I am, you can imagine how happy I was to walk into an antique book store in a little neighborhood in Tokyo and feel like I was back in that store from years ago.

Old books are not like normal objects. They carry a special weight. Whatever their original purpose was in the world, they have somehow transcended that and serve as a kind of living piece of history. I love books to begin with, but old books are even better. I love how they smell, how the feel, and I could have stayed in that book store all day.

Despite the fact that they were all in Japanese, it was really cool to see how different each genre’s styles were different compared to western books. We looked at an antique bible in Japanese, an old pocketbook of Buddhist chant’s, children’s books, and a translated copy of The Great Gatsby.

The whole neighborhood felt a bit stale, but in a good way. Like everything else in Tokyo was happening just outside of the boundaries of these little streets with little shops. 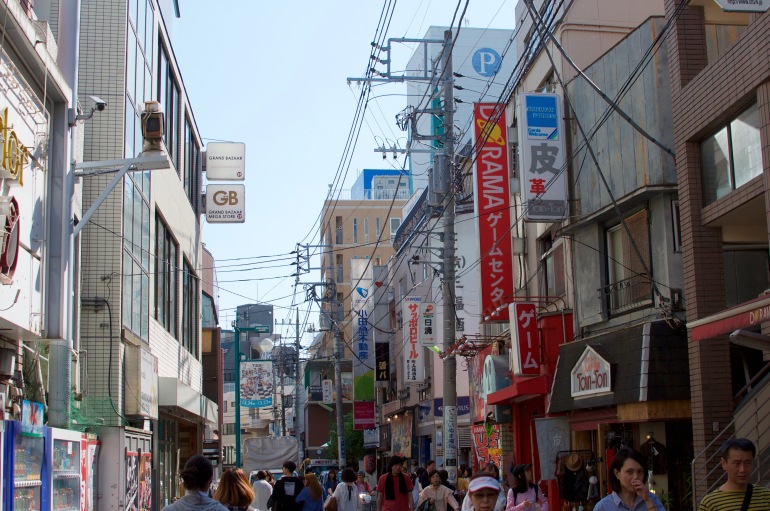 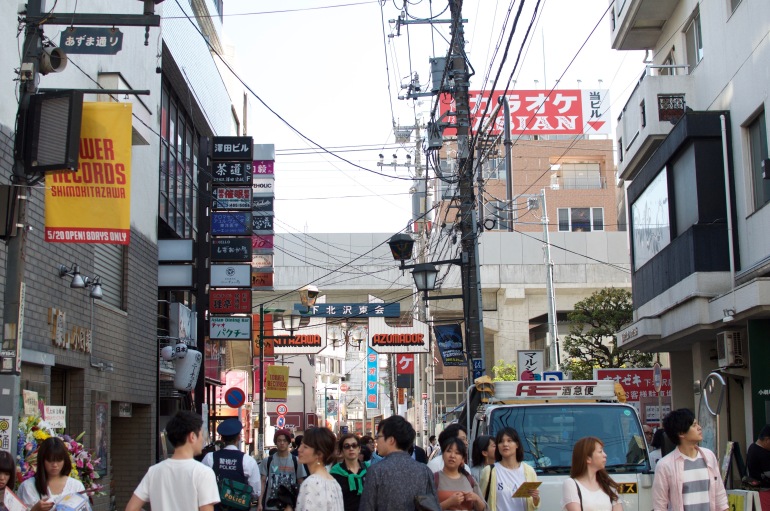 Once we’d finished up in the book store we ate lunch and walked around for a while in search of a birthday present for my little sister. We ended up in another bookstore where I got her a book of sketches from a famous Japanese artist.

When it was starting to approach sunset we went over to Yoyogi park to just sit down and rest because we’d been walking non-stop all day by that point. 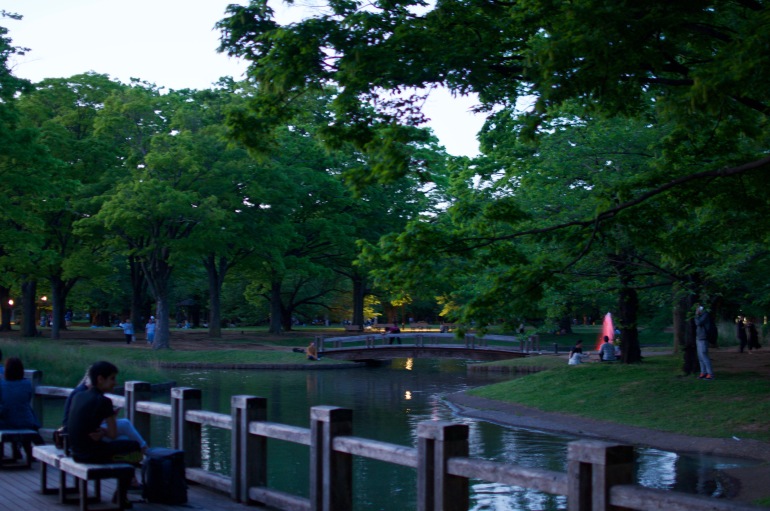 We sat there for a long time and talked, until the sun had completely gone out and the air was starting to get cold again.

But eventually we decided to head out and meet up with my friends who wanted to go to Golden Gai, which is a famous area in Shinjuku that’s known for its tiny bars and narrow streets. And I mean really tiny, like sometimes only 5-8 people can fit inside.

We stayed there for a while until one of my friends was starting to get tired. The other three of us weren’t quite ready to call it a night though, so we went back to the same Izakaya from the night before to hang out some more.

We ended up staying there a looooong, but between the food, the drinks, and the company it didn’t seem so late. Knowing that tomorrow was our last day in Japan we eventually decided we should probably get some sleep and headed back to where we were staying.

It was a lovely day and I highly recommend checking out Shimokitazawa if you’re ever in Tokyo.