Day 4 was our last day in Tokyo. We had the full day to explore and see the city and then had to be at the airport by about 11:00pm for our 1:00am flight back to Korea.

We kicked the day off with some delicious donuts and coffee.

Just thinking about that donut right now makes me want another one. It was amazing.

Then we hopped on the train, which I had really come to enjoy by that point. There is something cool, and different about the metro/subway in Japan compared to any others that I have seen. Maybe it’s because my favorite Japanese author sets a lot of his scenes in public transportation so I just feel like I’m in a Murakami novel. Or maybe it’s that the windows are tinted ever so slightly blue, or that everyone is very quite. For some reason the subway has a very distinct feeling. One that I quite enjoy.

After breakfast we headed up to Akihabara to try to see some of the more “anime” style side of Japan.

And we most certainly found it. All of the stores in this area are either electronics or anime shops. I understood absolutely none of it, but it was really cool to see anyway. 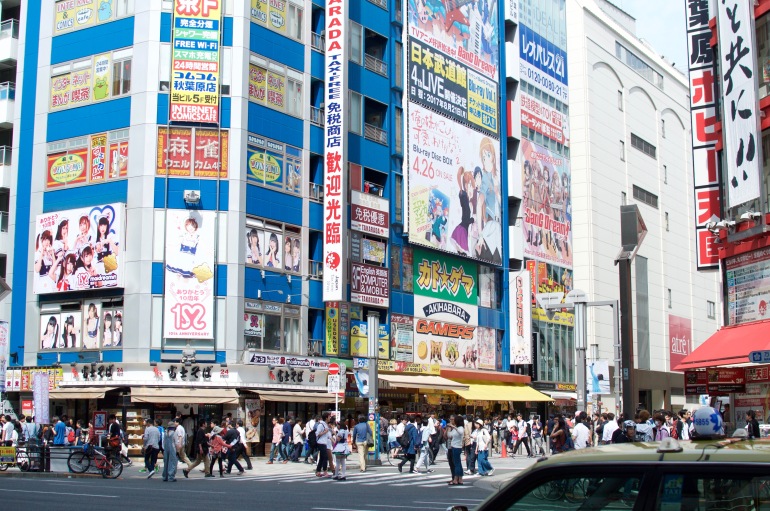 The last place we went into was the Don Quixote which was maybe the most amazing and bizarre store I’ve ever been to. It was just floors and floors of toys, and household items, and souvenirs, and a maid cafe, and an arcade, and everything you could possibly imagine. 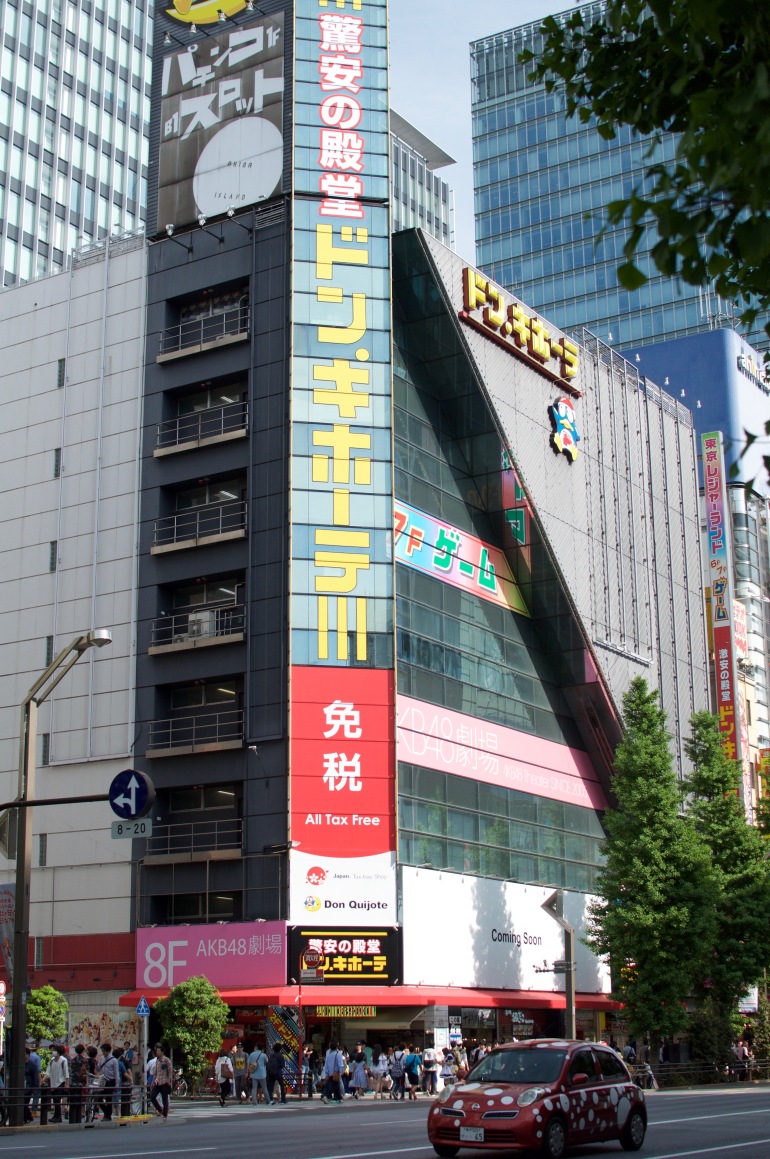 After that we went to an owl cafe, which looking back on it I now have some moral qualms about. I’ve been to a cat cafe in Korea, and now an owl cafe in Japan, and I don’t think that I’ll be visiting any other animal cafe’s until I’ve done a bit more research. It was definitely cool to see all the owls up close but it really didn’t seem like they were in the best condition or living the best life that they could have been.

I don’t know that for sure, because I know absolutely nothing about taking care of owls, but just to be safe I probably won’t be giving my money to any more in the future. 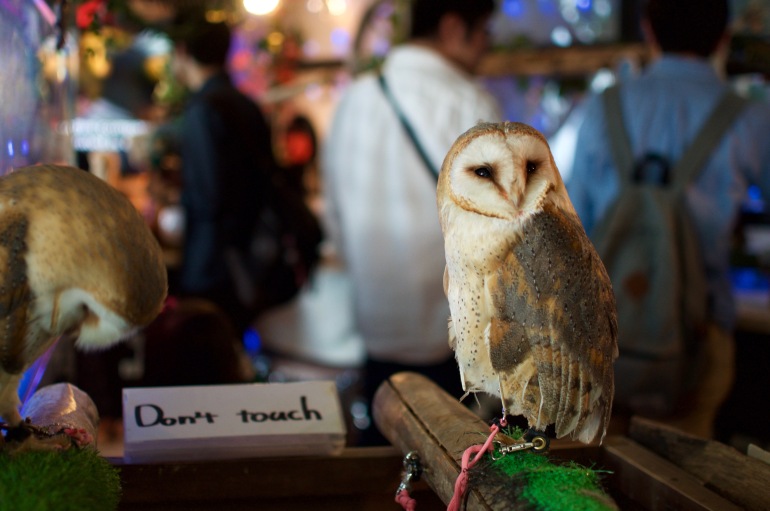 They are some funny little creatures.

We walked around Shinjuku for a bit after that looking for something do to but ended up just buying a few souvenirs. 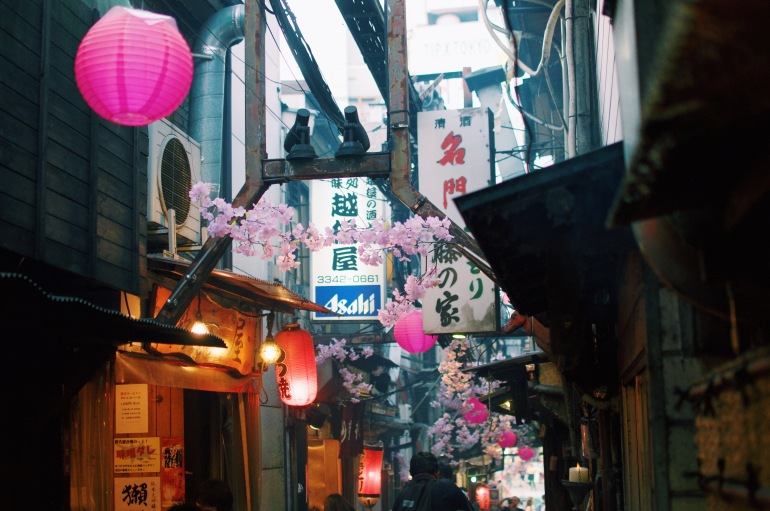 After wandering for a bit we finally headed to a place that one of my friends had been wanting to try the entire trip. The “Buddhist Bar” as we kept calling it.

Somehow or another she had found out about a place in Shinjuku called Vowz Bar that was run by Buddhist Monks. The timing hadn’t worked out for us to go there before but we were finally in the area.

When we walked in the entire place went quiet and we became very aware of the fact that we were the only foreigners in the tiny bar. But they were super friendly and Buddhist concept was really fun.

They offered cocktails such as, “Nirvana in the Pure Land,” “Never Ending Suffering in Hell,” and “Love and Hate Leading to Hell.”

After that we headed back to where we were staying to pick up our bags and meet up with my Japanese friend again who was going to, very graciously, help us get to the airport. We ended up catching the last train there, and made it to the airport with plenty of time to grab some snacks before the flight.

I didn’t want to say goodbye to Japan, or my friends, or face going back to work on Monday in Korea. But I am so thankful that I’m living a life right now that allows me to do things like go to Japan when I get a few days off. Japan was everything I have imagined it to be, plus a million things that I never expected.

4 days was the perfect amount of time to see Tokyo, in my opinion. And I can’t wait to go back to Japan and see different parts of the country. Kyoto, Osaka, Fukuoka, and Okinawa are on the list.

I hope you enjoyed reading my Japan posts as much as I enjoyed writing them! I’ll be back to regular life stuff here in Korea now, but I’m hoping to start traveling a bit more within Korea to places besides Seoul. So stay tuned for more posts! Thanks for reading as always! ^^