Day two started off pretty late as we were still recovering from the very late flight over from Korea. One of my friends went to a cafe earlier in the morning and brought us back some coffee and snacks. We ate our little breakfast looking down at the street from the window in our room and enjoyed a peaceful morning before gearing back up for another packed day.

Around 11 I set off to go meet my Japanese friends at Tokyo Station at 12. The fact that I was able to manage this was either pretty impressive on my part, or a testament to the efficiency of transportation in Asia. Either way I found them with little difficulty.

I’m actually pretty proud of being able to navigate that on my own.

Anyway once I located them we ate soba noodles, got a coffee, and headed off towards the Imperial Palace.

Roughly one year ago they had video called me from the exact same spot when all of them had gotten together in Japan and I was still in America. And now we were all here together. The world is really not so big.

It turned out that the Palace was closed but we were able to walk around the outside for bit. 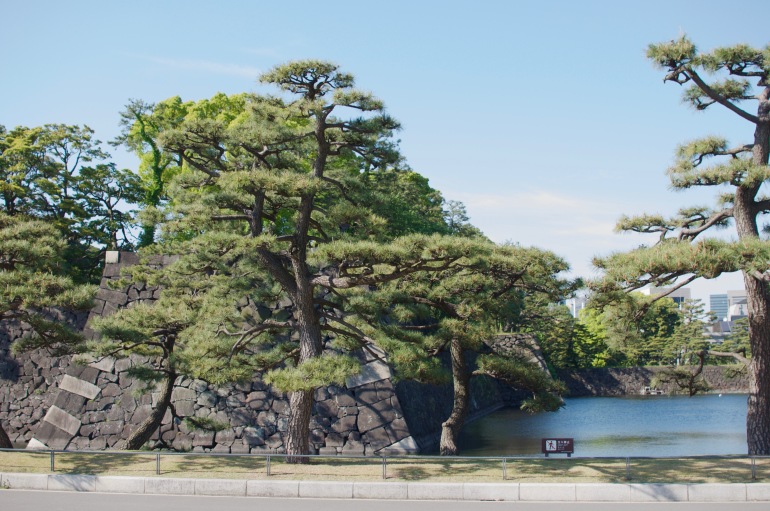 After the palace we went to Asakusa which is a kind of traditional shopping district that is also home to a famous shrine called Sensō-ji. We arrived just as the light of the day was starting to get warm around 5ish and despite the hoards of people, and I mean literal hoards, it was really beautiful. 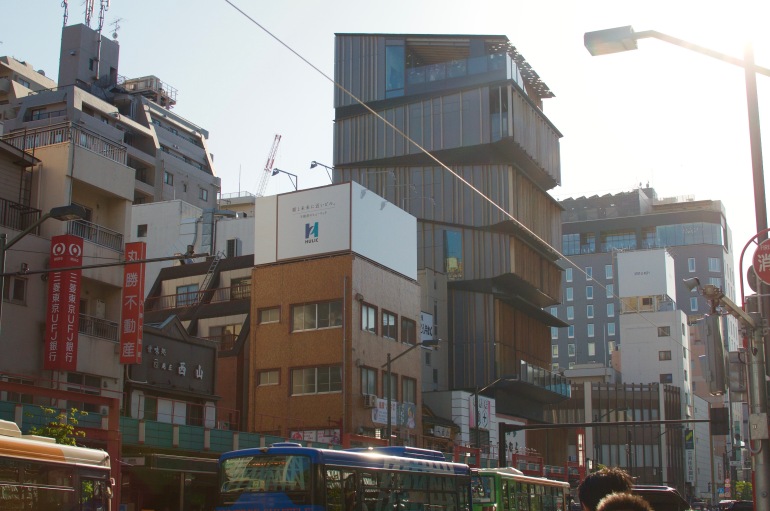 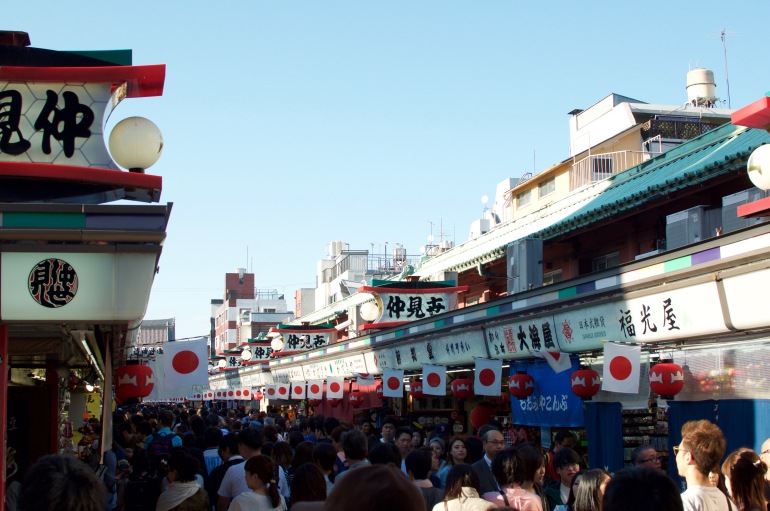 Also, as the lover of streets that I am, this was an amazing place for pictures. Branching off from the main shopping row there were lots of beautiful little side streets and the way that the setting sun was basking everything a warm glow made them seem even more special. 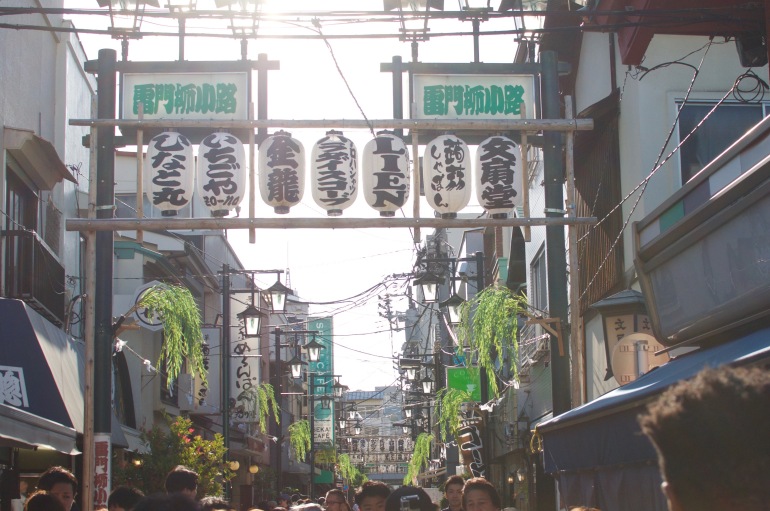 At the very end of the shopping street is the Sensō-ji Temple.

After that we headed back to Shibuya and did what we do best when all together, which is sit in a Starbucks, drink coffee, and talk for a long long time about anything and everything.

Once properly caffeinated I said that I wanted to see an Izakaya (Japanese style bar) and so we set off in that direction. 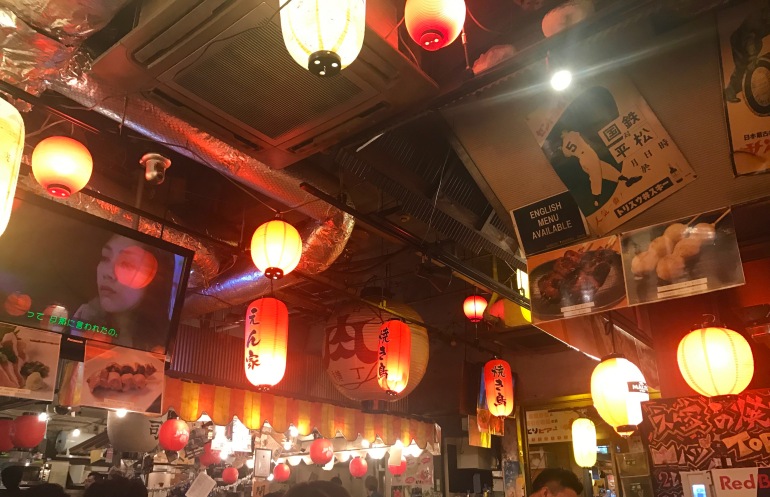 It was exactly what I hoped it would be. Warm, thanks to the beer and the lights and the food, and comfortable thanks to the company.

My friends who I was staying with, who are also teachers in Korea, and I had started making comparisons between Korea and Japan earlier that day. And while its certainly not fair to compare Daejeon and Tokyo, (not fair to Daejeon at least) there is still something very distinct about Japan that I wasn’t expecting to find.

Korea is beautiful, the food, the people, the fashion, the architecture, everything. Respecting your self means taking care of how you look, how you present yourself to the world. There is a formula to success, it’s school, beauty, and relentless hard work.

Japan seems real. Like there isn’t a thin veil of superficiality covering everything. Things don’t look perfect, they look unique and honest. That probably manifests its self in plenty of negative ways when it comes to everyday life in Japan, but when you’re only there for a few days it’s hard to see anything but the positive.

I don’t mean to bash Korea in any way. I love living here, I love what I’m learning, and the challenges I’m facing.

Anyway, with the caveat that I was on vacation, with a big exciting city just outside, sitting across from someone who I’m very comfortable with, being in that Izakaya was maybe one of the best times I’ve had in Asia so far. It felt familiar somehow. It was fun. Fun to be so comfortable and at the same time so completely surrounded by a place and a culture and a language that are completely foreign to me.

One thought on “Tokyo Day 2: Imperial Palace, Asakusa, and Sensō-ji”