Hello friends and family! I have some exciting news and Korea updates!

But for those of you who aren’t caught up, or are confused about what I’m doing with my life currently (don’t worry most people I know fall into that category), let’s begin at the beginning.

Rewind to Thanksgiving of last year. That was when I made the decision to move to Korea. I have written before about why I decided to move abroad to teach, you can read that here, but the important thing now is that I made the decision. And I haven’t looked back.

So all during Thanksgiving and Christmas break of that year I started to study Korean. It’s weird now to look back through those notebooks. I used to always use three colors, blue for the 한글, red for the pronunciation of the Korean letters, and green for the English translation. I remember wondering if I would ever be able to stop writing the pronunciation alongside the Korean.

So when March rolled around I applied to EPIK (English Program in Korea) an english teaching program sponsored by the Korean government through a recruiting company. I interviewed, was accepted into the program, and began to compile all the visa documents I would need. I had everything except my apostilled diploma, due to the fact that I graduated with two minors (Spanish and Teaching English as a Second Language) and I needed to take one more summer semester to finish those classes. Just one extra semester. Just three extra months.

But it was enough to make me too late to submit all my documents. Despite sending my application in the day they opened, having one of the first interview’s, and having been assured by my recruiter that my timeline wouldn’t be a problem, I woke up one Sunday to an email from them saying it was too late. I would have to wait another 6 months and apply for the next intake. (I have written about my initial thoughts regarding that here.)

And so to make a long story short, that’s what I did. I graduated from university, finished my current teaching job, went to Korea to visit, went on a 2,000 mile road trip around the south east US to see friends, and then came back to live and work in my hometown for the remaining months.

Six months became four, became three, became two and now here we are about a month and a half until I leave. I really didn’t think it would, but it went quickly.

I applied to EPIK again, (this time directly, not through a recruiter. more thoughts on that at a later date) was accepted again, was able to send all my documents very quickly, and then Wednesday December 14th at 9:27pm my time, 11:27am in Korea, I received my placement email. So after months of hard work, and waiting, and more waiting, I finally know where I am going to live.

There are so many reasons that I choose this city but the most important being it’s incredibly easy access to the rest of the country. Daejeon is located on the KTX (high-speed railway) line that goes through out the country. I’ll be about one hour by train from Seoul where all my friends are, perfect for weekend trips, and two hours from Busan, a popular southern city.

Daejeon is the 5th largest city in Korea so I’m hoping to still get a bit of that city vibe, with out the sometimes overwhelming business of Seoul.

Looking back I am so glad that I didn’t go when I originally planned. It has given me time to unwind after an incredibly busy last two years of university, time with my family before I move across the world, and time to study Korean much more seriously. 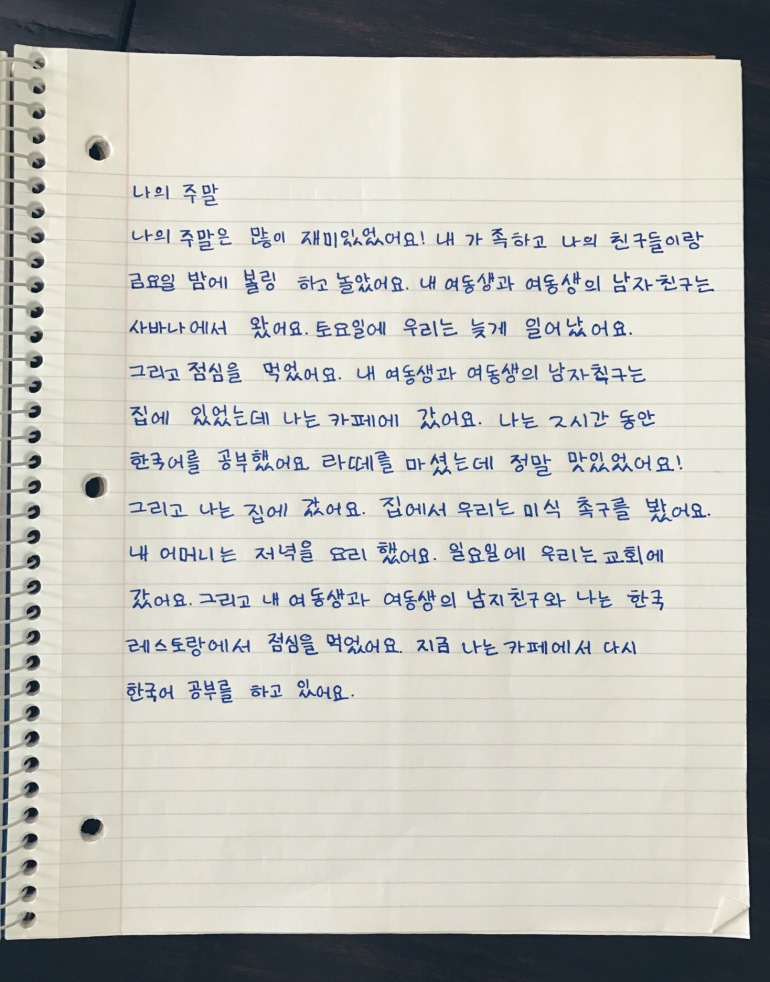 And I don’t need to write out the pronunciation any more.

I am so thankful to have received my placement, and so ready to start this new part of my life.

19 thoughts on “Beginning of an EPIK Adventure: Moving to Daejeon!”