Known to many as the “Hawaii of Korea” Jeju is a volcanic island of the southern coast of the Korean peninsula and many people’s go-to vacation spot due to its beautiful scenery and relative ease of access.

I recently had three days off of work while my kids took their final exams and so my friend and I decided to go finally check out the famous Jeju Island and see what it had in store.

I am from Florida and so to say that I am familiar with beaches and the topics is an understatement. But living so far away from the beach now has made me miss it all the more and so this trip was incredibly welcome and oddly nostalgic for me.

But the fact that Jeju is a volcanic island lends itself to a much more diverse landscape that I am used to back home and I was absolutely blown away by how beautiful it was.

Our trip began Thursday morning way too early as we were flying out of Cheongju airport and the trains to and from Daejeon are not very frequent. 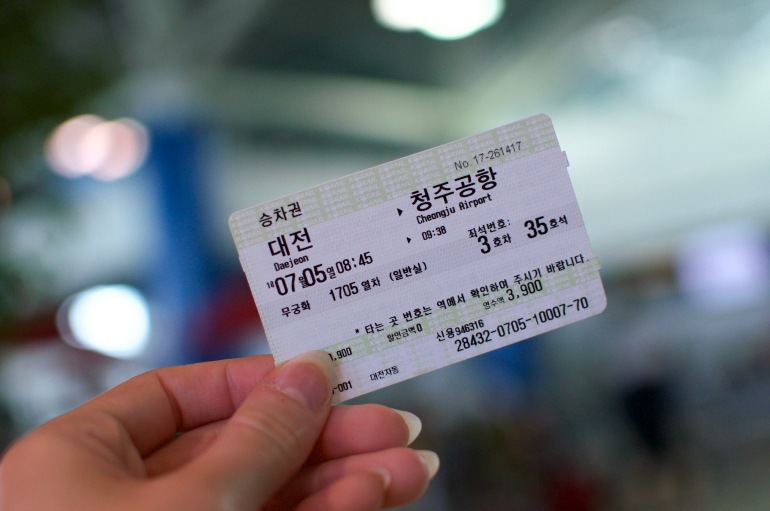 We arrived at the airport about 3 hours too early and had lots of time to sit around, eat breakfast in the ONE cafe inside, and make plans for what we wanted to do when we arrived on the island. 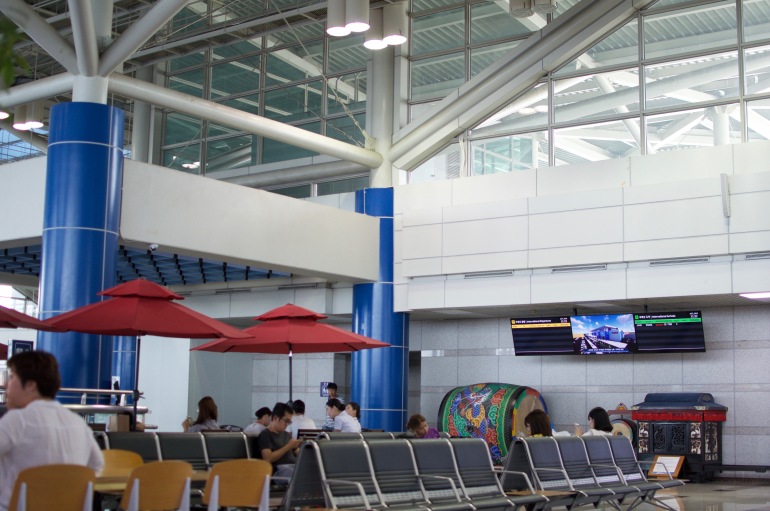 For anyone flying out of Cheongju, try not to get there too early. There is literally nothing to do. 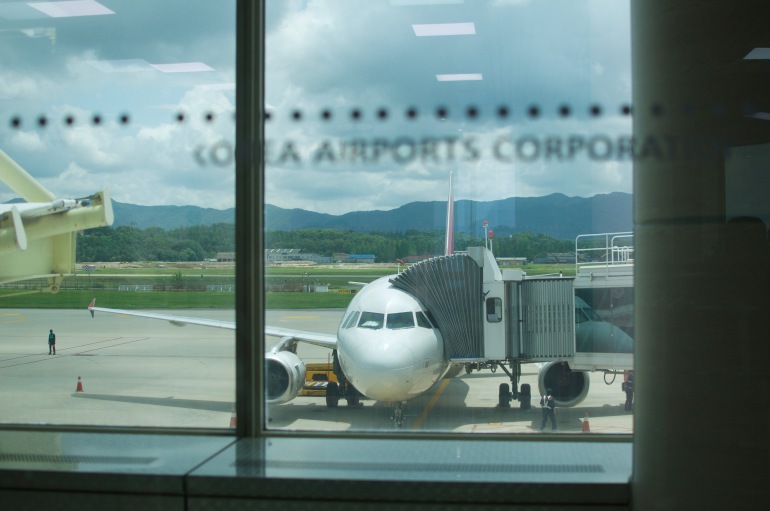 When the time rolled around we eventually made our way through security and down to our gate. The weather was looking good here but we were worried how it would be once we got to the island. A tropical storm had rolled through a few days ago, I even got an email from the US Embassy about it, and the forecast was calling for rain throughout our entire trip.

The flight itself was incredibly short. We had just enough time to get up to cruising altitude and for the flight attendants to give out drinks, before it was time to land again. 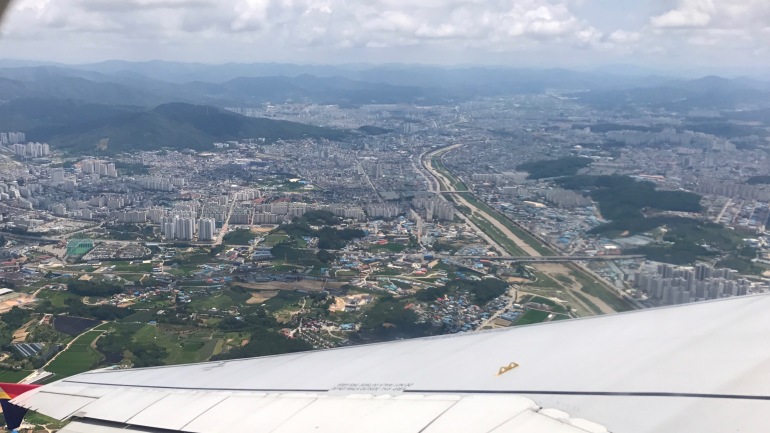 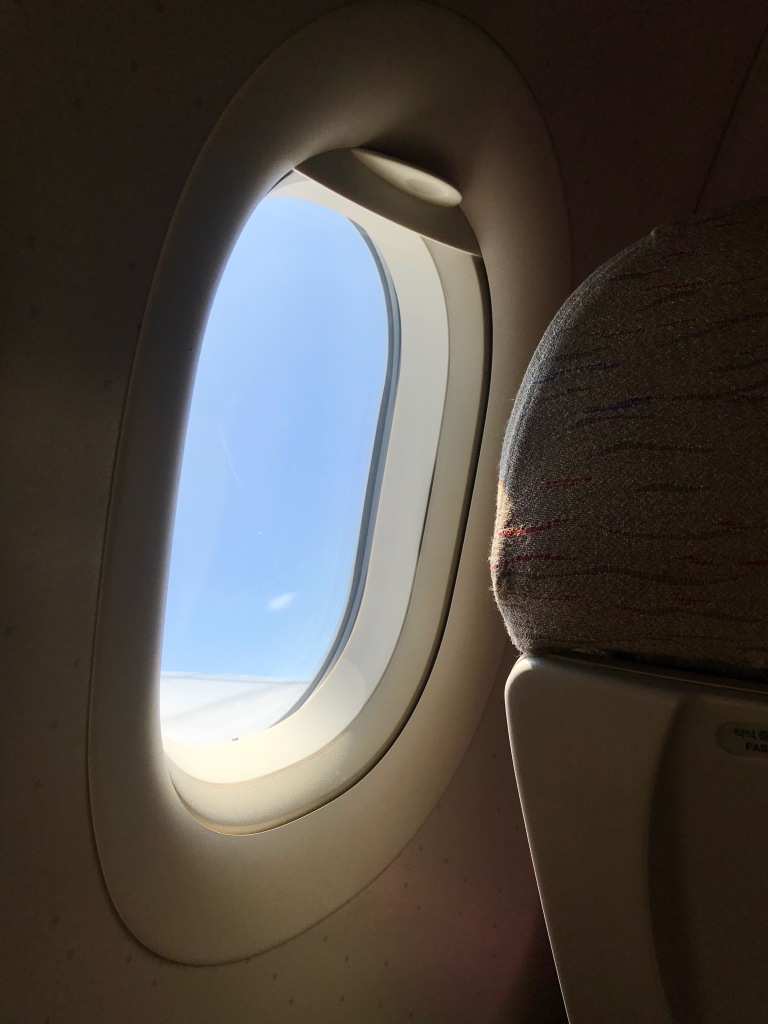 We hit some pretty serious turbulence just before beginning our descent so that was the first clue that the weather upon arrival might not be ideal.

When we landed it was grey and misting with rain. We had a little bit of time to kill before picking our rental car so we grabbed lunch in the airport, very expensive not very good, and then took the shuttle over to the car place.

From there in Jeju City close to the airport, we drove over to Seoguipo on the other side of the island where we would be staying. The drive was about 50 minutes through slow but beautiful and winding roads.

When we arrived at the hotel we checked in, unloaded our stuff, and then hopped back in the car to head to a restaurant/cafe that a friend of mine had recommended for rainy Jeju days.

The cafe is called Vadada and I HIGHLY encourage anyone staying in Seoguipo to check it out. 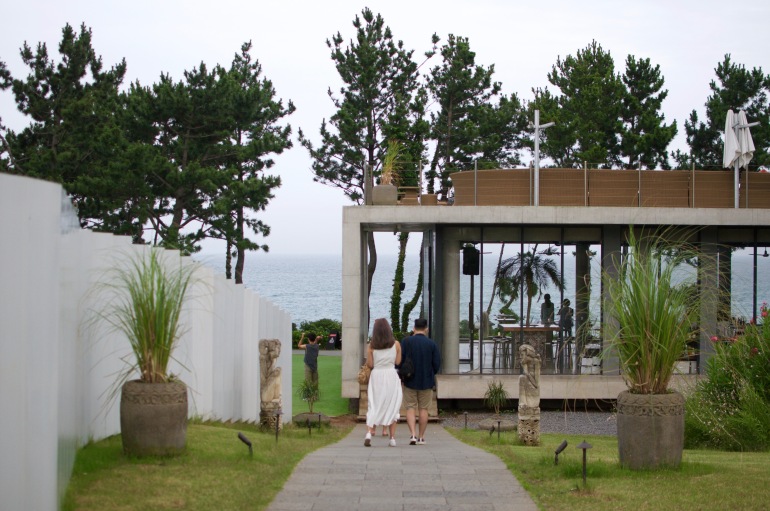 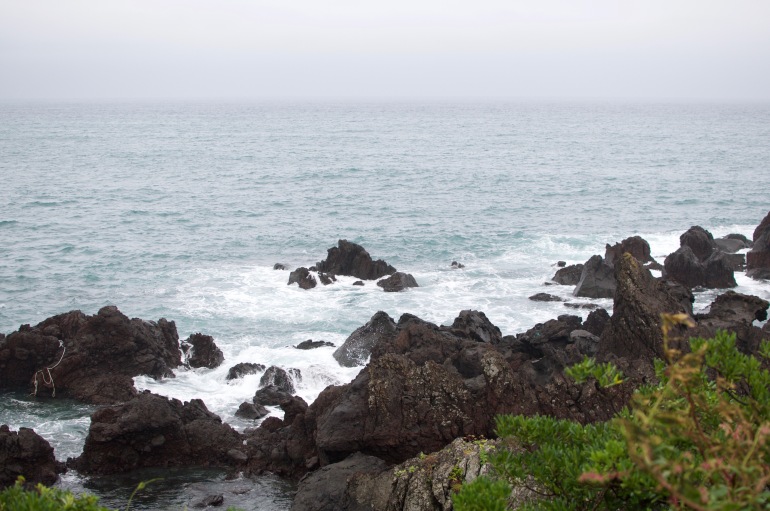 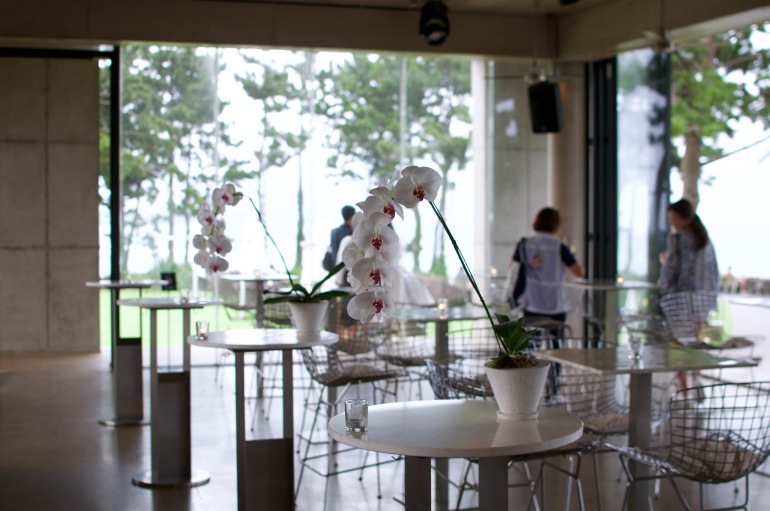 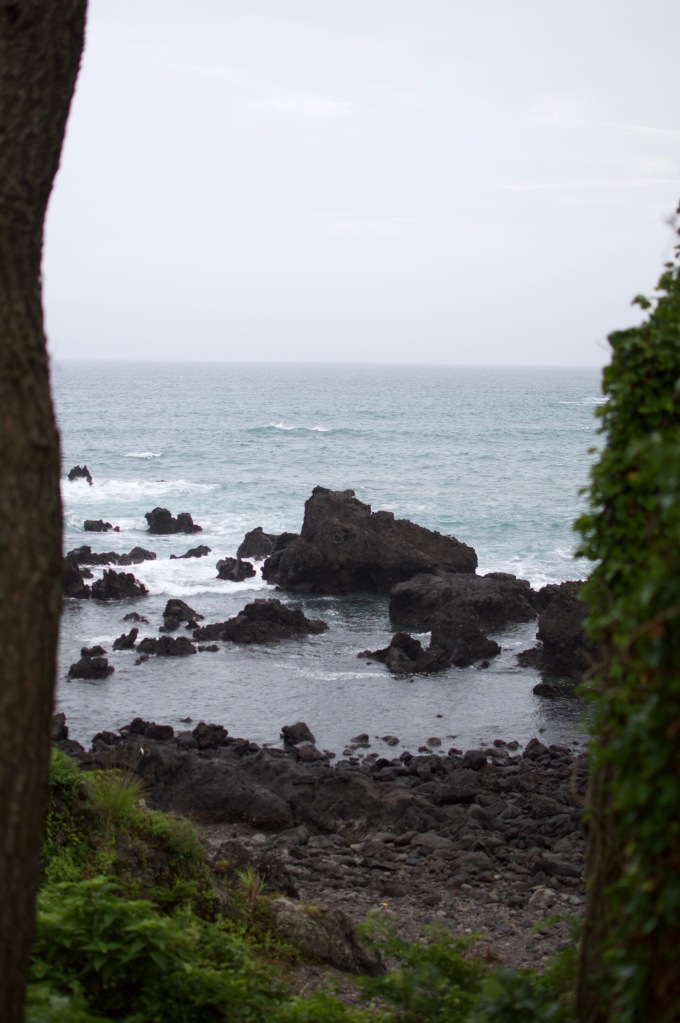 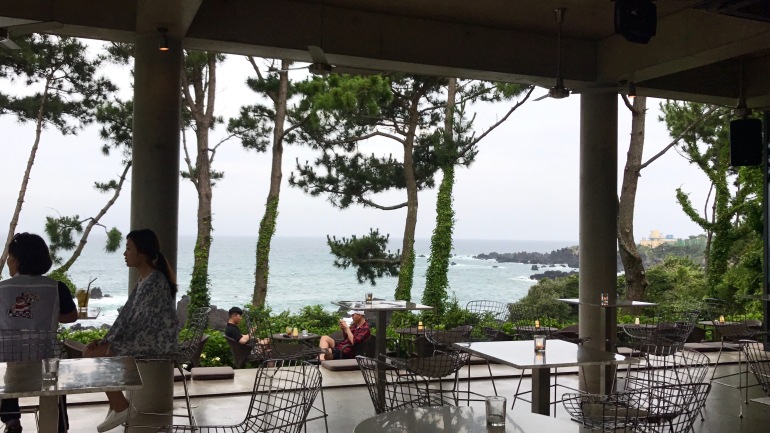 It had stopped raining just in time for us to walk around outside and eat dinner next to the incredible ocean view. 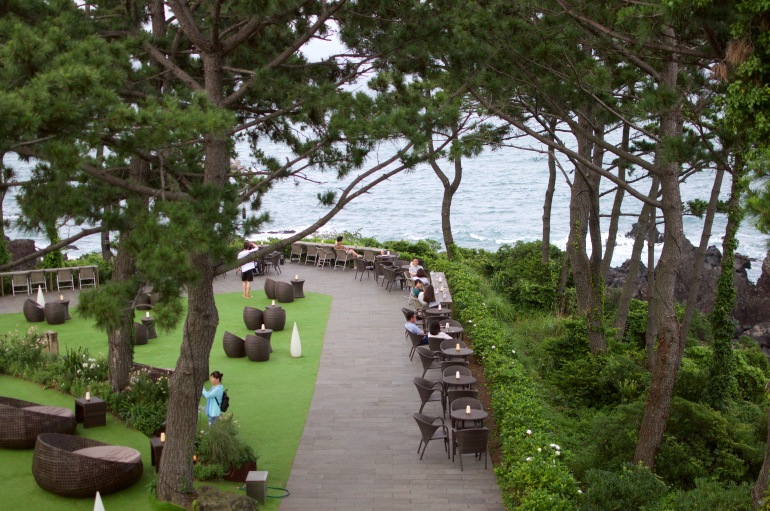 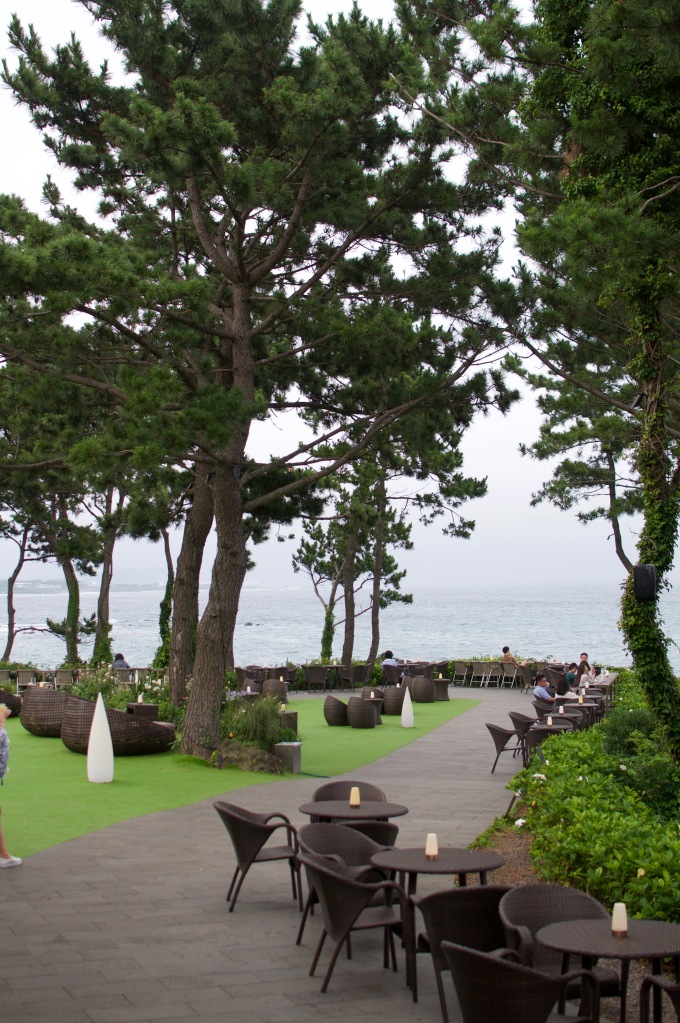 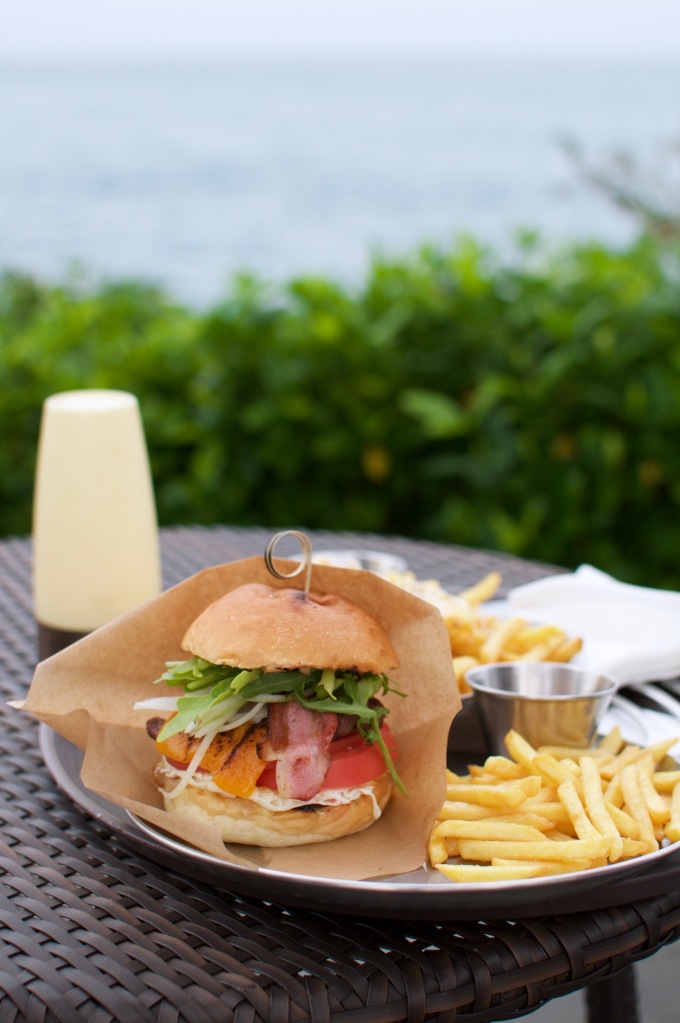 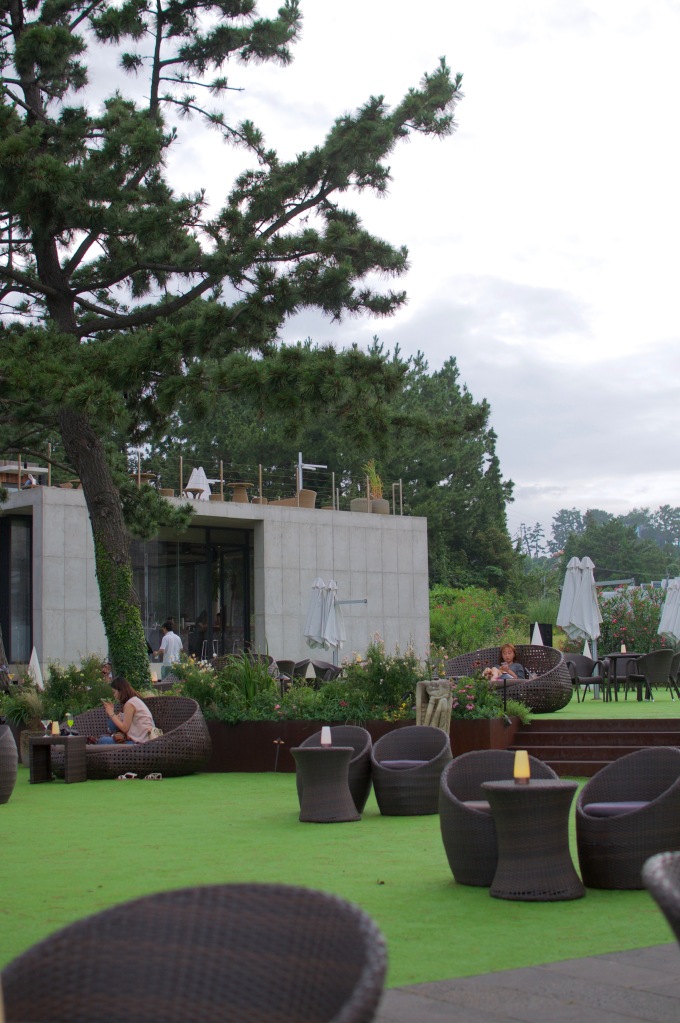 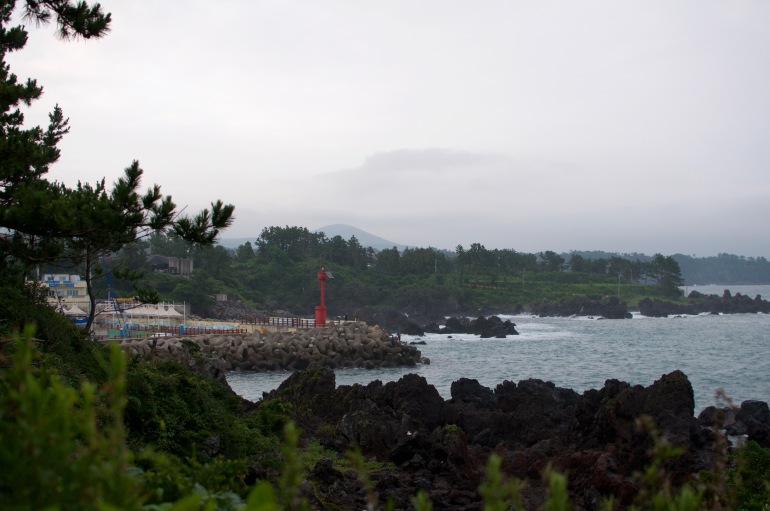 As sunset got closer and closer the sky became this amazing vibrant pink color and we went to the upstairs patio to enjoy it. 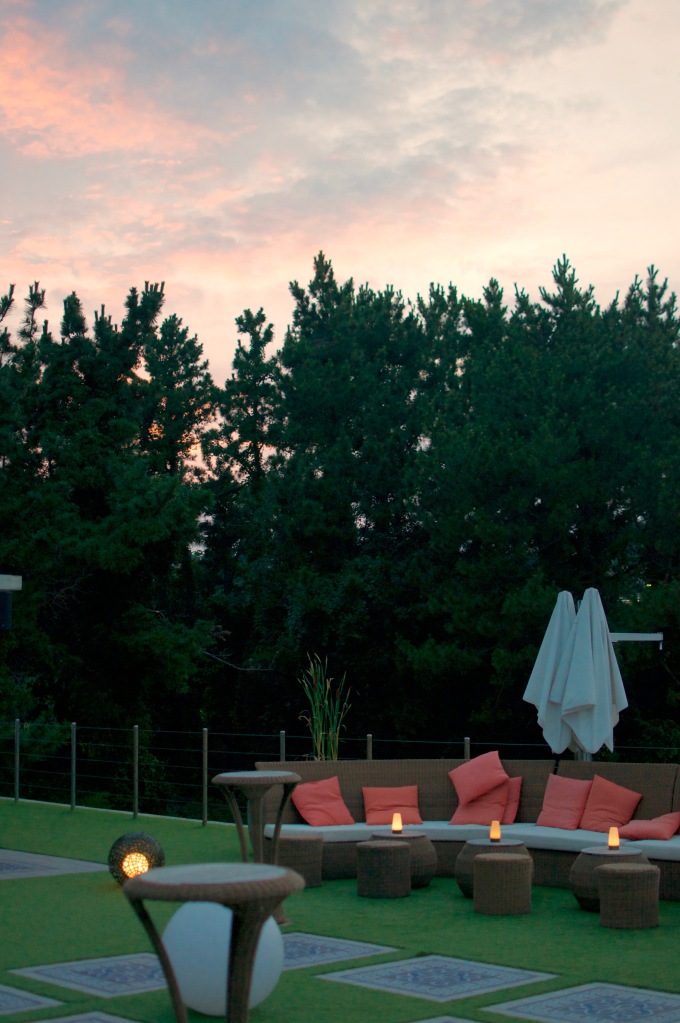 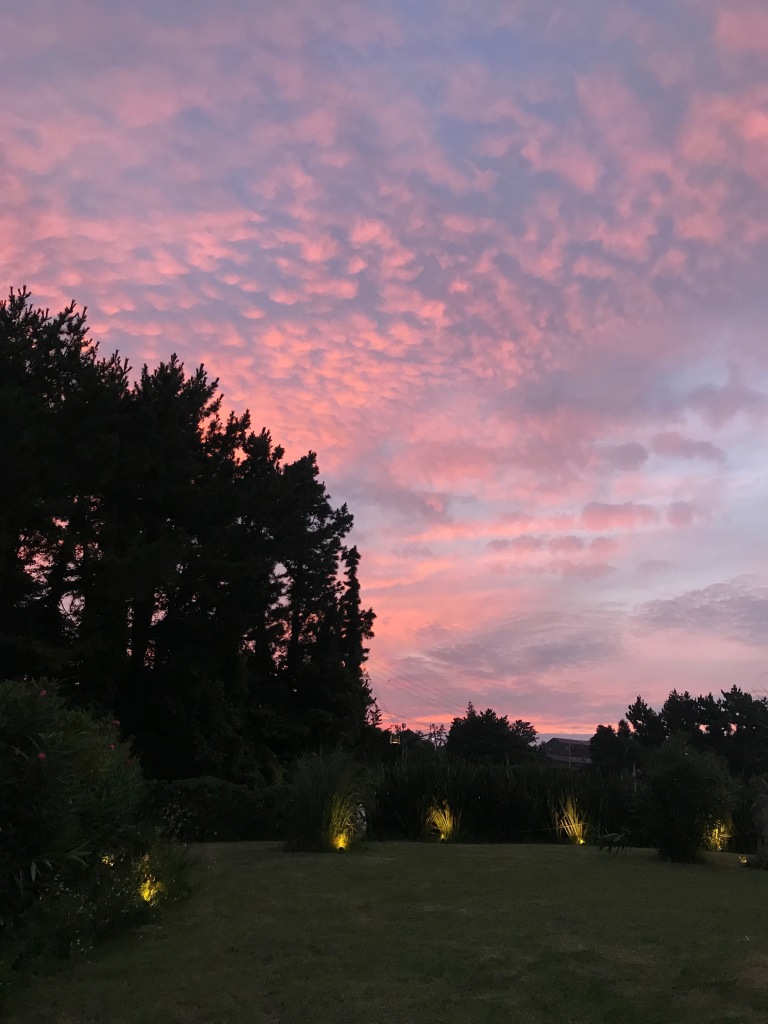 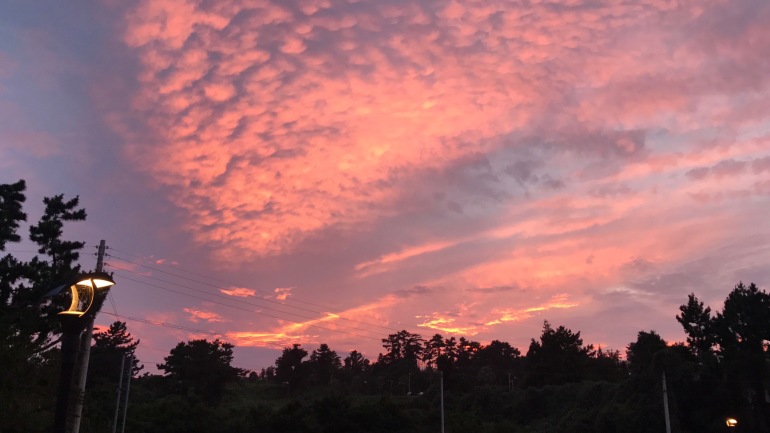 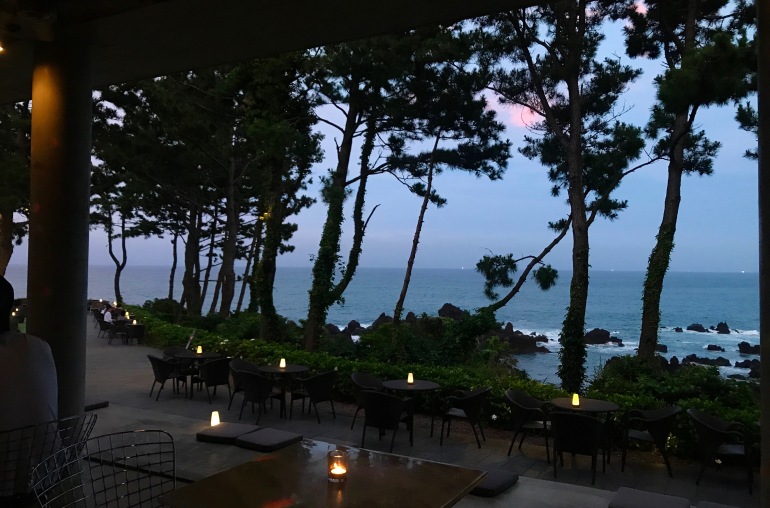 The night view of the ocean from inside was stunning as well.

After it had gotten dark we headed back to the hotel where we slept very well with hopes of good weather to follow in the coming days.

This is just the beginning taste of what ended up being an unexpectedly perfect trip to Jeju in the middle of rainy season. More to follow soon as I process through all the roughly one million photos I took while we were there! Thanks as always for reading!