Whenever I start to work on these posts the first thing I do is always to go through the photos and let them kind of decide the direction the blog post will take.

But going through these photos I feel like they almost just speak for themselves. These have quickly become some of my favorite photos that I have ever taken. In my whole life. Maybe other people who love taking pictures will know what I’m talking about when you feel super connected (that’s so hippie-ish I know) to your camera. Desperately and quickly messing with the settings to try to capture the same reality that you see with your eyes.

All the while trying not to slow down the people you’re with by stopping every two seconds to take a picture.

Anyway, all that to say I’m really proud of these photos and I hope you enjoy them as well!

Sunday morning was a bit more relaxed as I spent most of it in a cafe studying Korean while I wanted for my friends to meet me. The cafe had a really cool vibe, good coffee, and the friendliest staff I’ve encountered so far in Asia. When I arrived I had to sit at the counter because there weren’t any other seats open, which was totally fine except that it made my study set up a little cumbersome. But once another seat on the sofa opened up they asked if I’d be more comfortable over there and even gave me a book to write on because there wasn’t a table.

It was a really pleasant morning and by the time my friends found me I was well rested and hungry. So we headed to Chinatown for lunch. Along the way it started raining and I had the privilege to take what are now some of my all time favorite photographs. 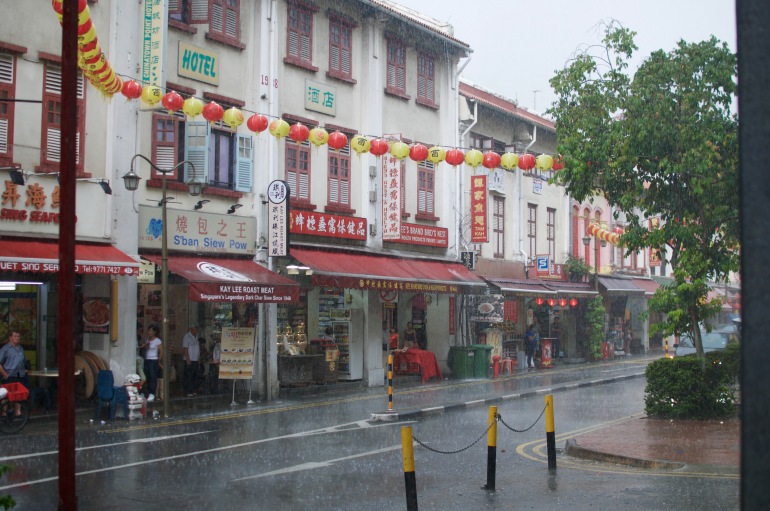 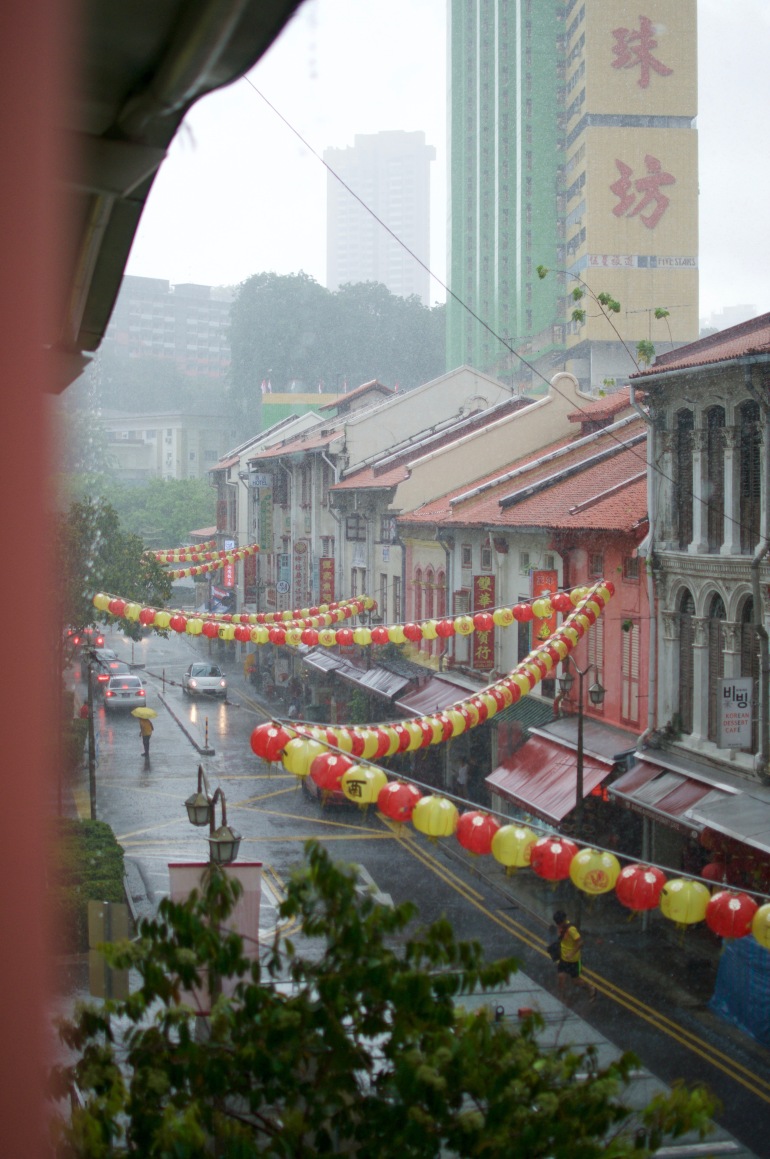 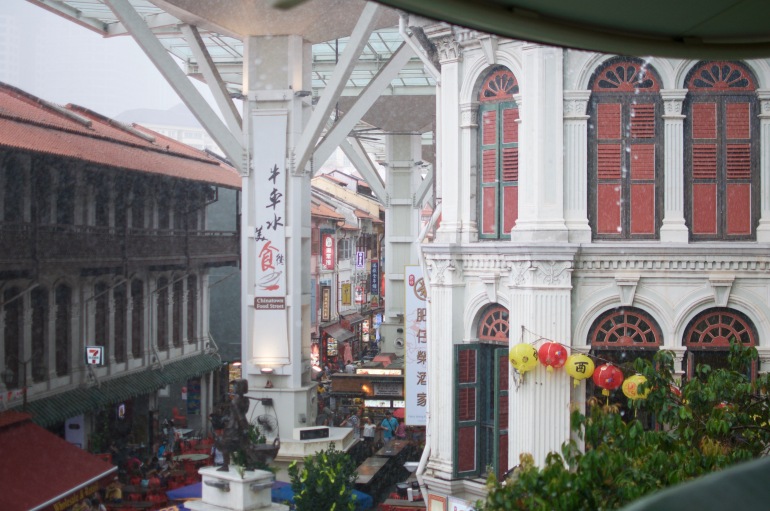 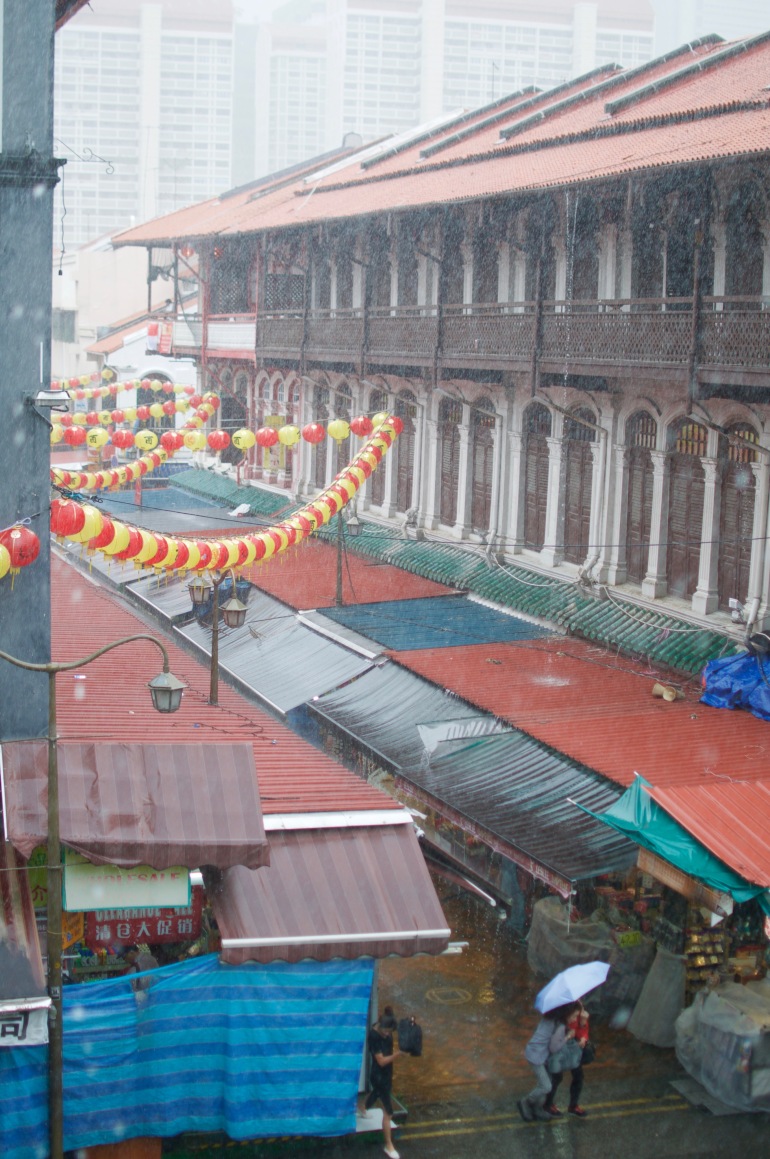 We waited inside one of the food courts for a bit as the rain let up. 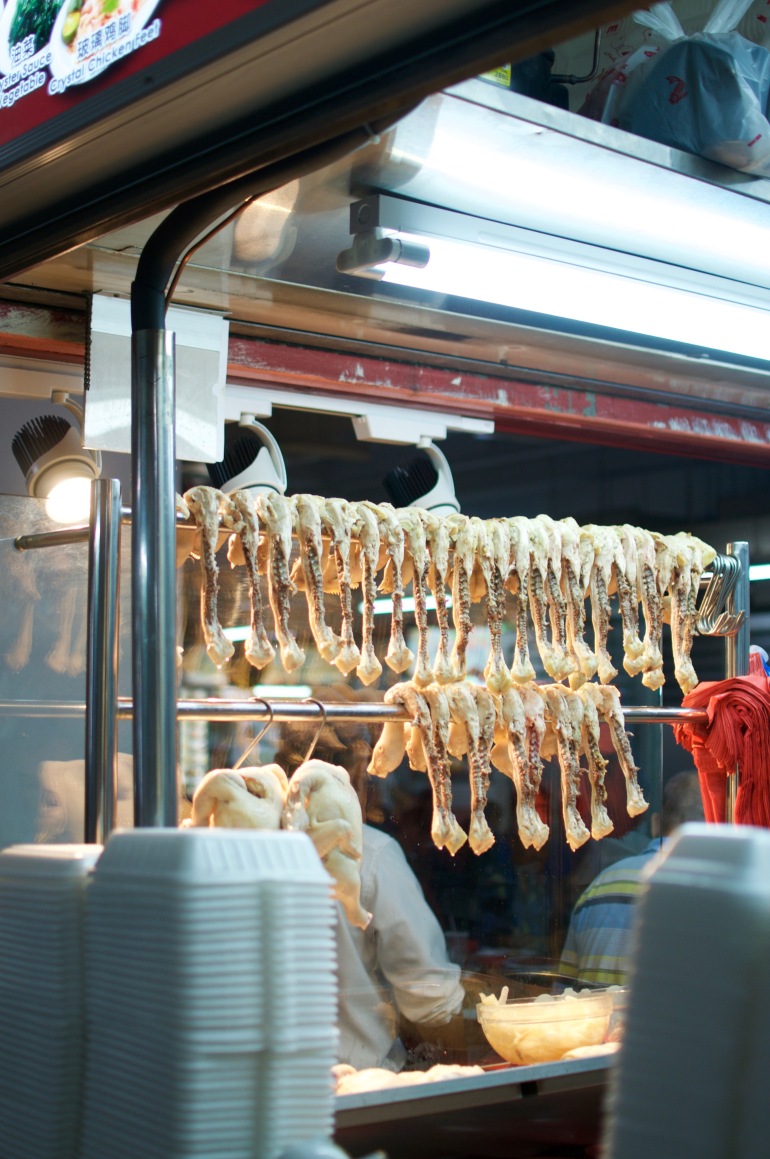 The worker at this stall noticed me taking a picture and wanted to join.

Eventually the rain did let up and so we headed down to the open air food market to eat. 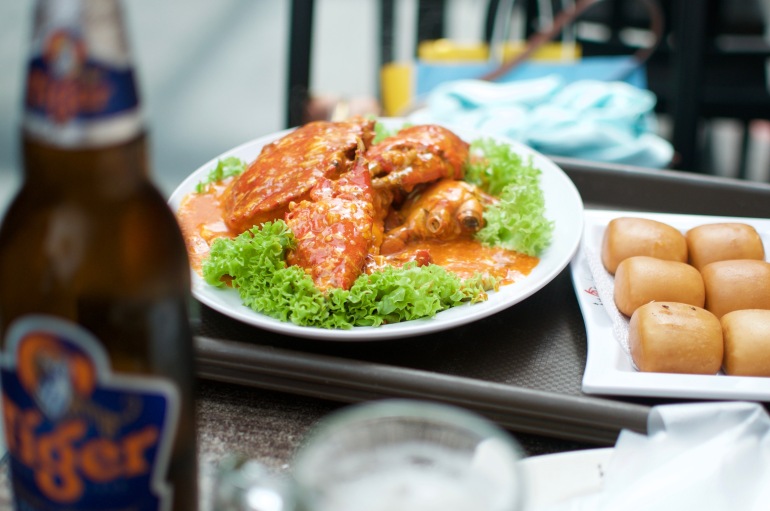 The food was INCREDIBLE. We had mix of Chinese and Malay food. We sat out there for a while and talked and tried to avoid the little droplets of water that were making their way down from the ceiling.

After that we walked around Chinatown to look for souvenirs and take in the atmosphere. 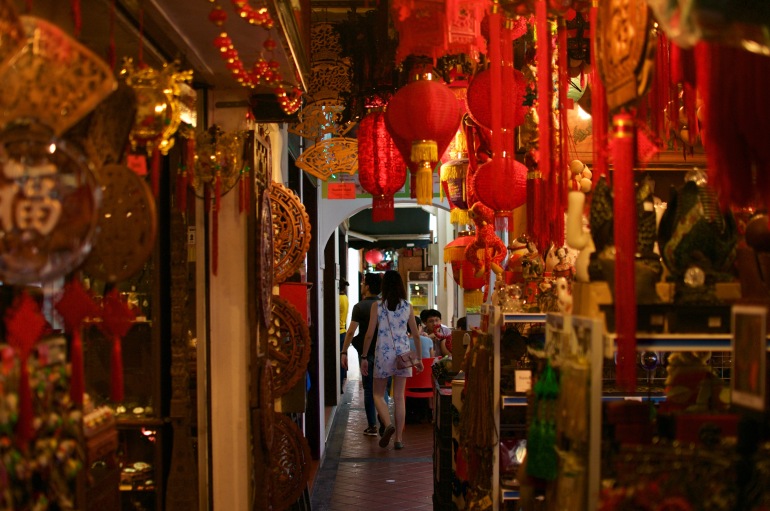 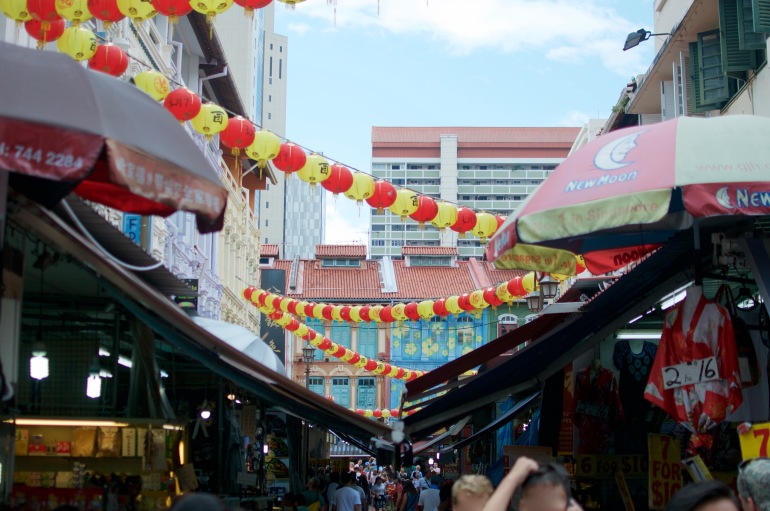 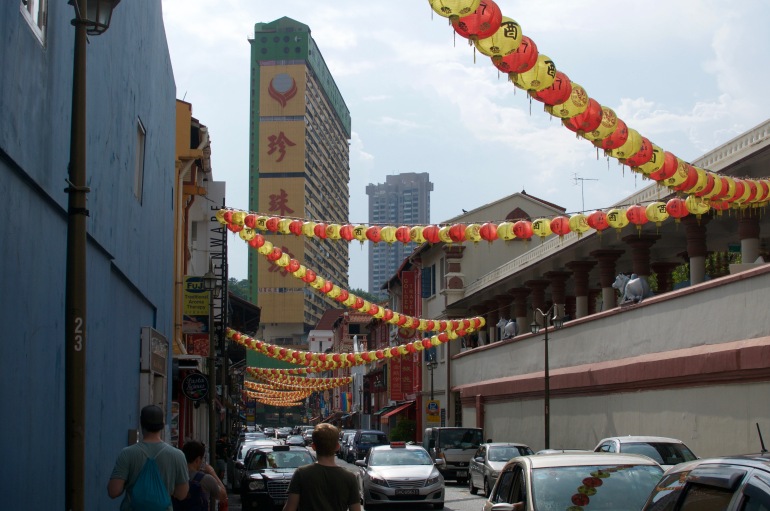 Eventually our wandering led us to the Buddha Tooth Relic Temple. As impressive as the temple is from the outside, it is equally as ornate and stunning on the inside. 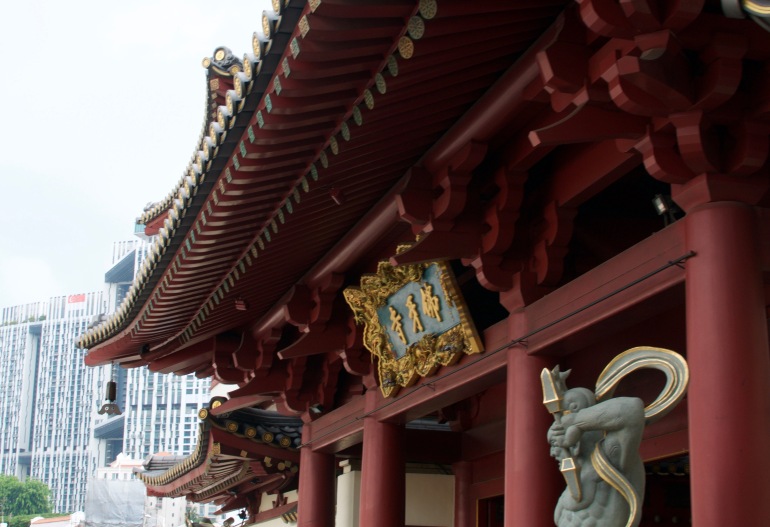 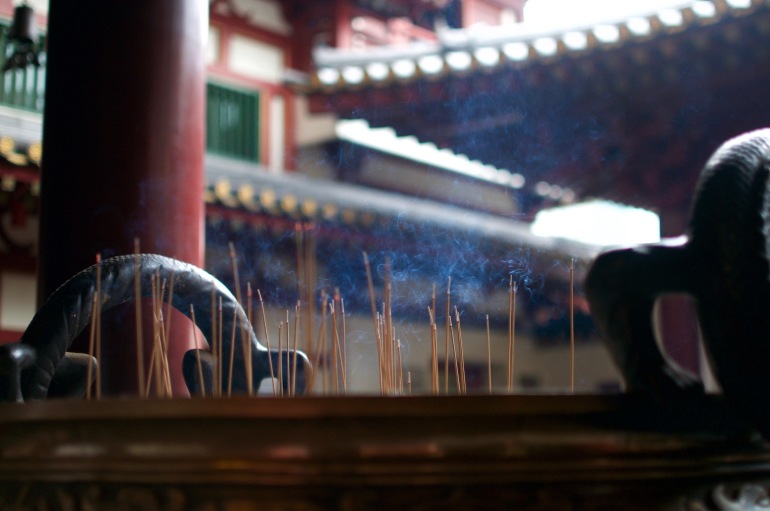 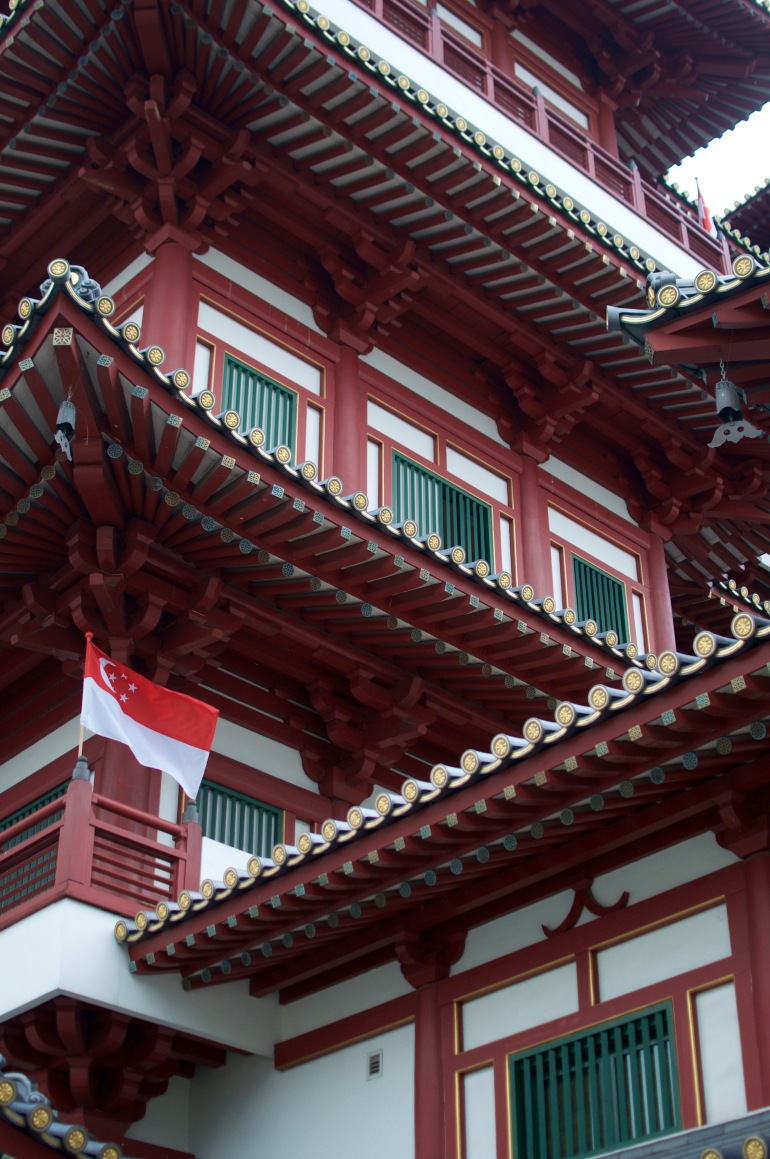 Almost right next door is the Sri Mariamman temple. This is a hindu temple and so if you’re wearing shorts like we were you have to put a wrap on to cover up and also remove your shoes. And you weren’t allowed take photos inside so I only have shots from the entrance. 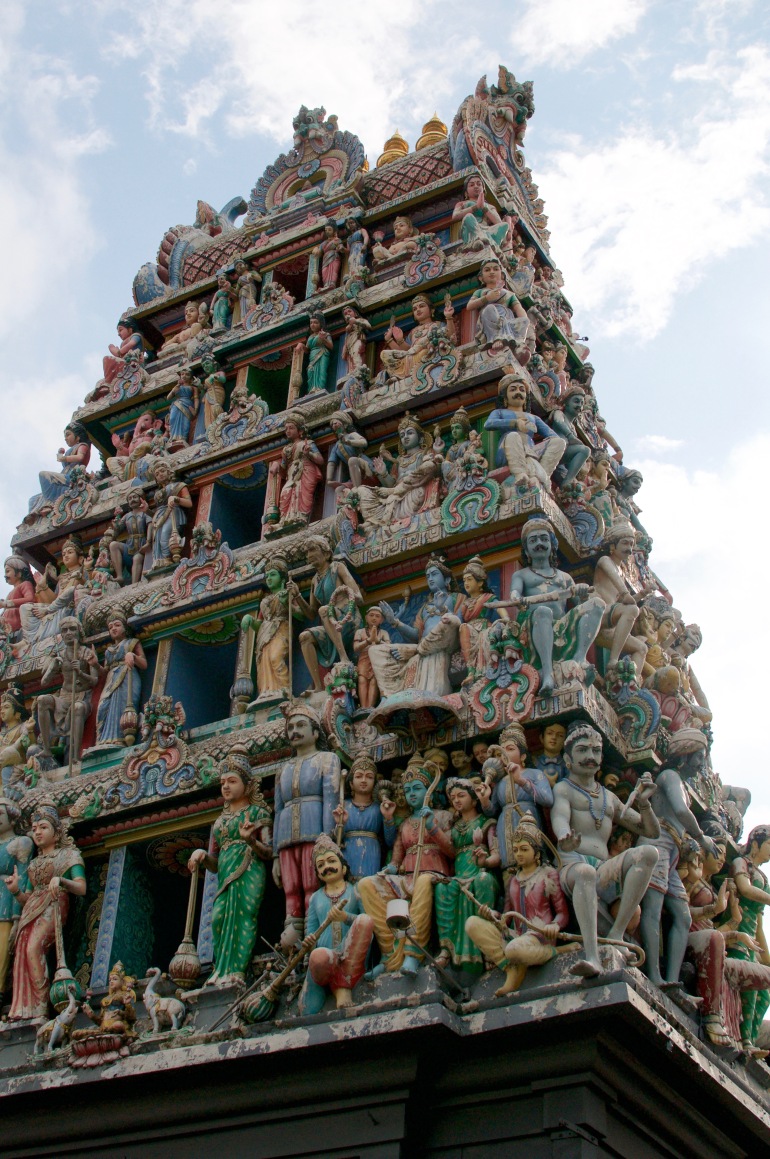 Once we’d finished up there it was about time for coffee number two of the day so we ducked into Nanyang Old Coffee for some more local style coffee.

We sat there and talked about culture and politics and language and the combination of the coffee and conversation was good for my heart.

After that we left for Arab street and Haji lane, but I’m saving those for their own post.

As I mentioned before these photos are really special to me, and I feel really lucky to have been in the right time and place to take them. I hope you enjoy them as much as I do! Thanks for reading!