Day four was a weird day. It involved me going for a walk just to get my self out of the house and looking for a cafe to study in for a while. I was successful at both of those things, and I very much enjoyed my coffee, bagel, and people watching outside the window. But when I decided to head back to my friends house I ran into a small problem. The door to the building wouldn’t open.

So I was standing outside, with all my books from studying, and a giant water bottle that I had picked up from a convenience store, totally locked out of the apartment.

I was typing in the code exactly the same way I had been doing it for 3 days now, but for some reason it decided not to work. 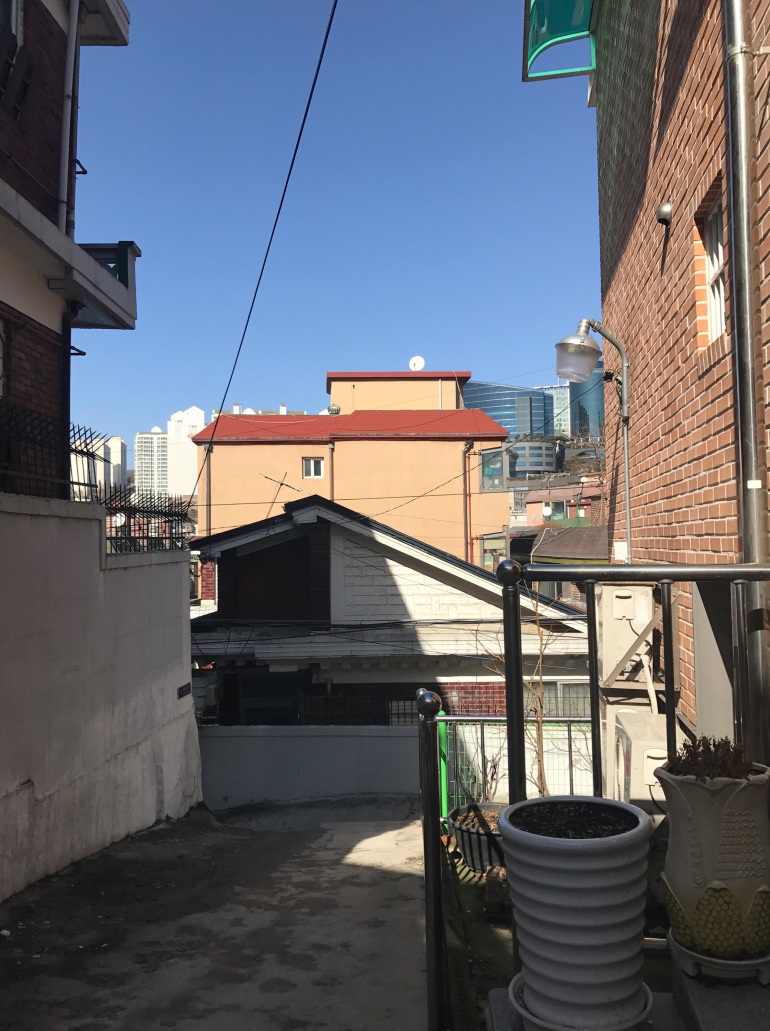 But it was only about 12:00 noon and I still had a whole day ahead of my so I walked back towards the main street and found another cafe with wifi to hang out in for a while. I called my friend and she said she would talk to the landlord. In the mean time I got another coffee, to justify my presence there, and called some people back home. I worked on this blog for a bit and eventually my friend called me back with her landlords very inspired suggestion of, “Try it again.”

So try it again I did.

And it still didn’t work. At this point it was about 4:00 and I really didn’t feel like walking back into town and finding another cafe so I decided to sit outside the building and just wait for someone to walk in. 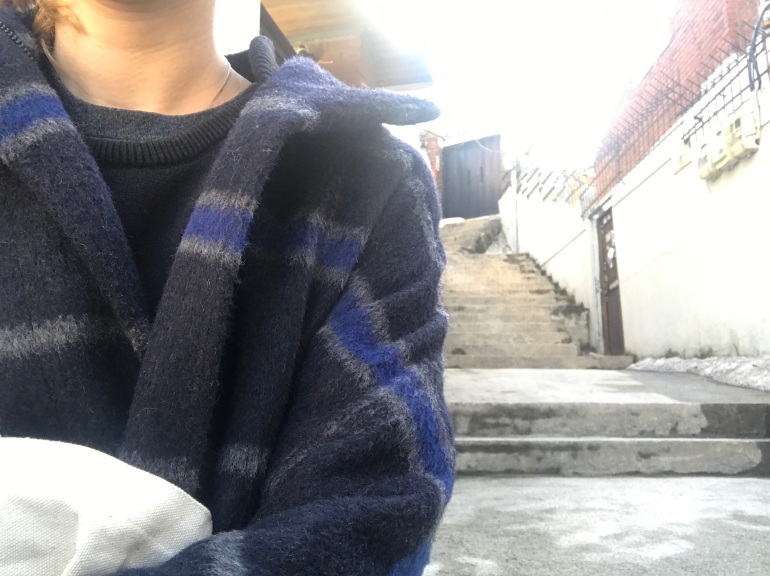 It’s a very small apartment building so in theory this could have taken a really long time. But after just about 15 minutes a young woman punched in her code, walked in, and I followed right behind her. Success.

I hung out at home for a little before a different friend of mine asked me to get dinner with her. So despite not being sure whether I’d be able to get back into the building after dinner, I left to go meet her.

We had a delicious dinner of Korean BBQ and it was great to catch up with my lovely friend/former student. And I heard my favorite Kpop band on the radio in the restaurant for the first time, so I think that means that I’m officially in Korea.

She walked back home with me after to make sure I’d be able to get into the apartment, and luckily this time it worked. We decided that the door must be racist because it seems to work whenever there’s a Korean around. Somehow it knows I’m a foreigner.