I recently discovered an old hard drive of mine where almost all of my photos from high school were stored. Looking back through them has been a serious walk down memory lane, but it has also been fascinating to see pictures that I had completely forgotten existed. I’ve looked back through my Peru and Korea pictures so many times I all but have them memorized.

But it has been so long since I’d seen these that it felt like seeing them for the first time.

Some of the photos that I’m talking about are from my high school senior trip to France and Italy.

The thing that struck me the most, while looking through my pictures of Florence again, was how many of them were from above. I am forever grateful that our gracious teachers even entertained the idea of taking a bunch of high schoolers to Europe, and even more thankful that it actually came to fruition. But as with most organized group travel, we were with a tour guide the majority of the time.

And despite the long days, packed so full of sightseeing that I don’t even remember everything we did, the aching feet, and the tired eyes, it was a really neat experience. In Florence, the aching feet seemed to come mostly from that fact that every landmark we got to was then followed with the statement, “and we’re going to climb to the top!”

So let me take you for a moment, through my pictures of what I consider to the most beautiful city I’ve ever seen.

We left Paris at night and boarded a train headed for Florence. There was a lot of fussing about who would sleep where, and a lot of excitement over the fact that most of us had never taken an overnight train before. But in the end it was all sorted, and we were treated to one of those sunsets that only happens every so often and makes you feel that maybe the earth and the sun are feeling a little closer than usual. 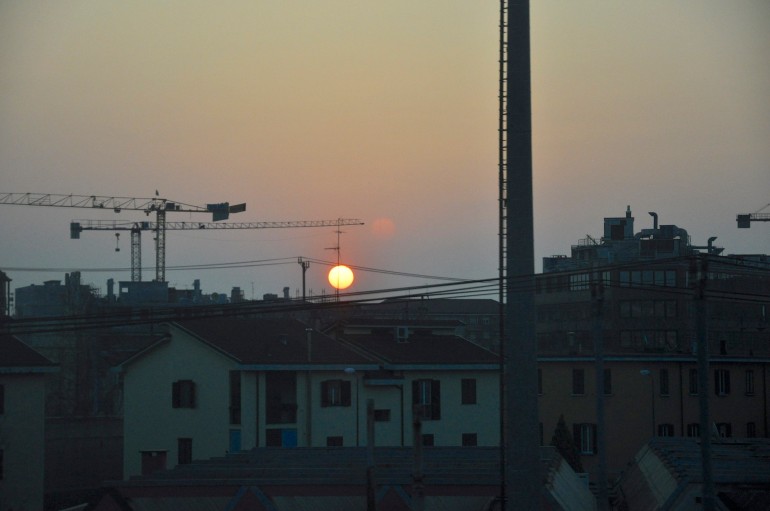 I recall only sleeping for a few hours, a theme which would continue for the entirety of the 9 day trip, but awoke to a gorgeous scene of the Italian country side. 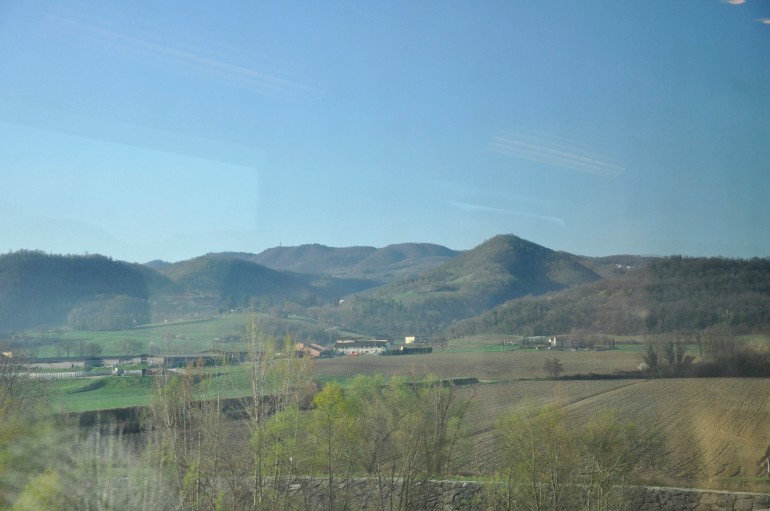 We hit the ground running as soon as we arrived and quickly caught our first glimpse of the beautiful Duomo of Florence.

There are a lot of impressive buildings in the world, but this for some reason I feel a certain fondness for this one. During our two days in Florence we would walk past it, or see it from a distance, many many times and it always felt like a sort of compass. Like the heart of the city might be inside its marble covered walls. 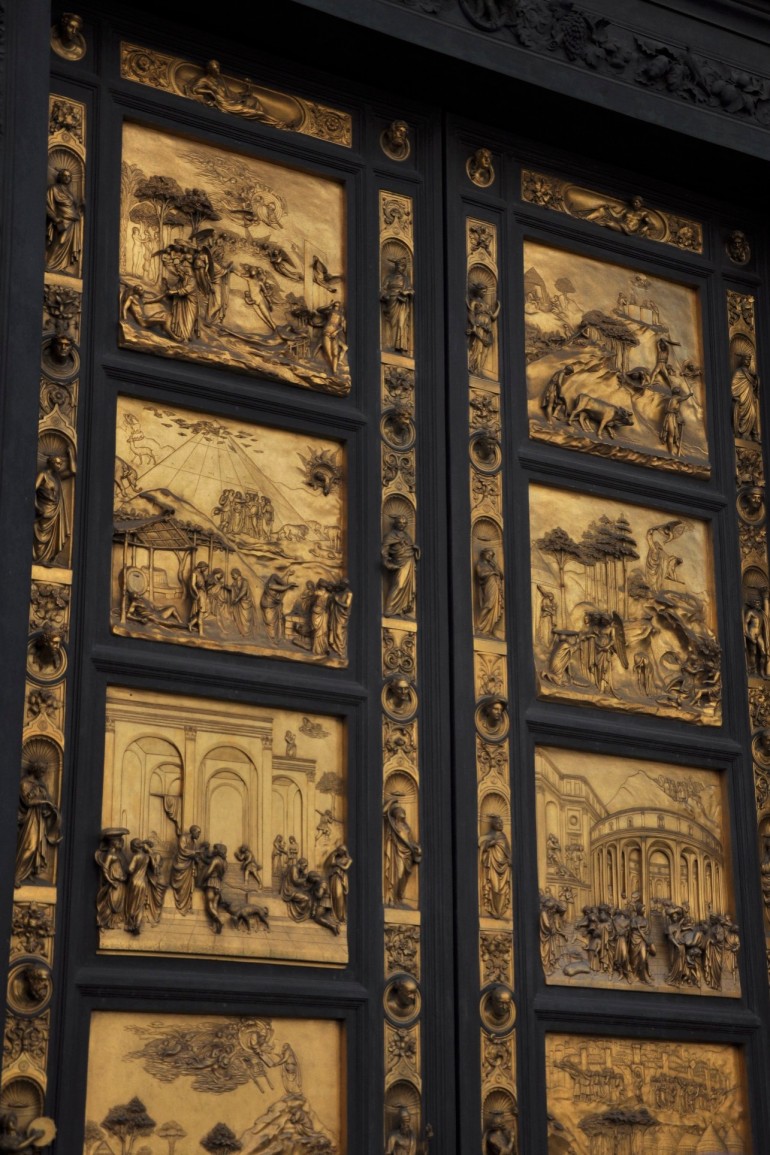 Our next stop was the Ponte Vecchio, which literally means “old bridge” in Italian. Originally it was lined with butcher shops but is now famous for being the home to many different artisan stores.

Eventually we all found each other again and started on our first “climb.” To the top of the Duomo. This was our first glimpse of Florence from above. 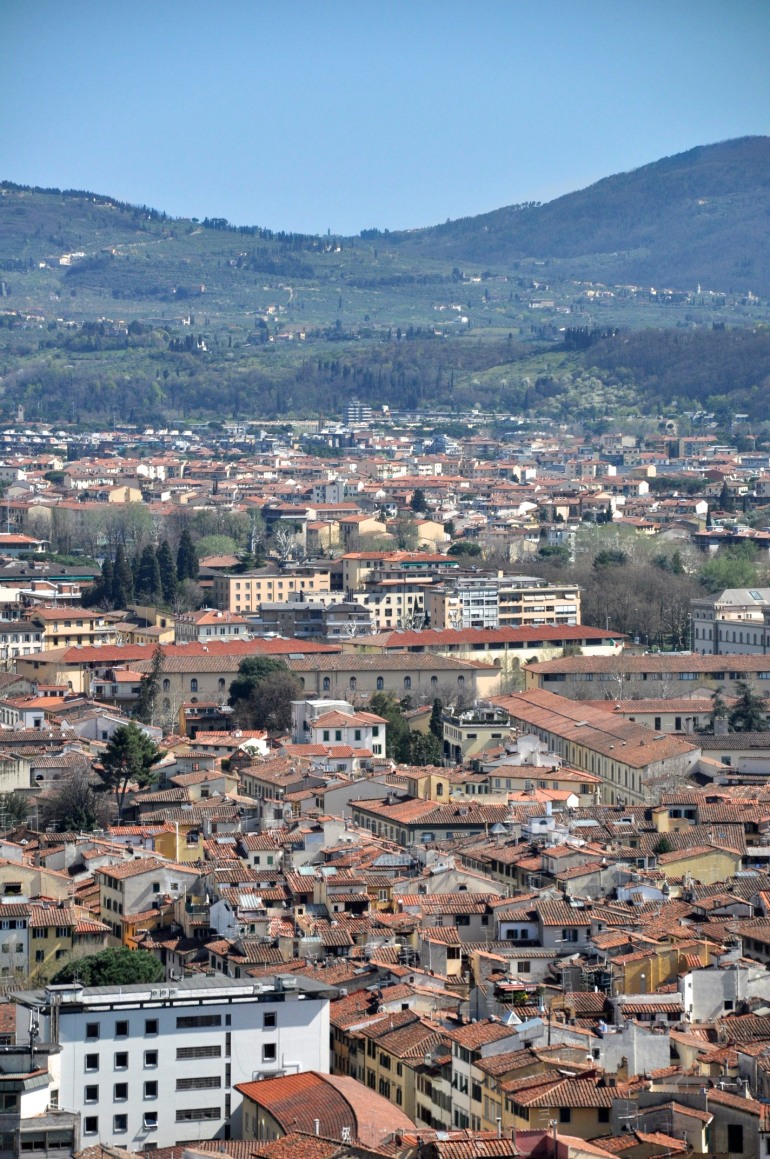 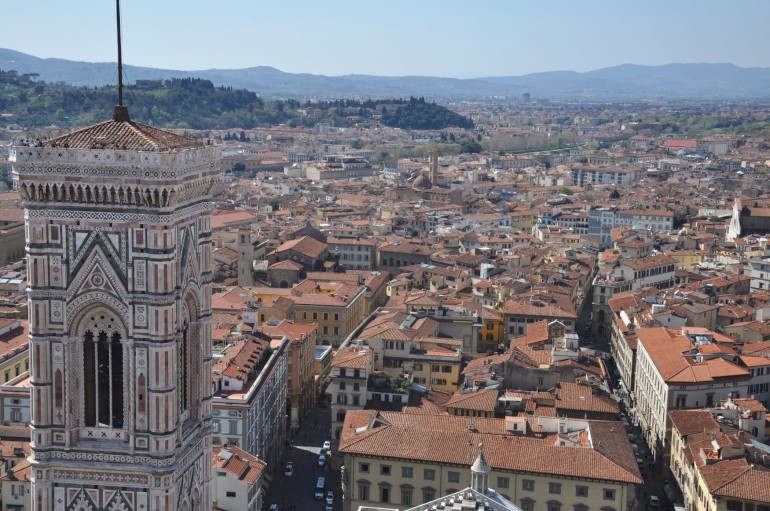 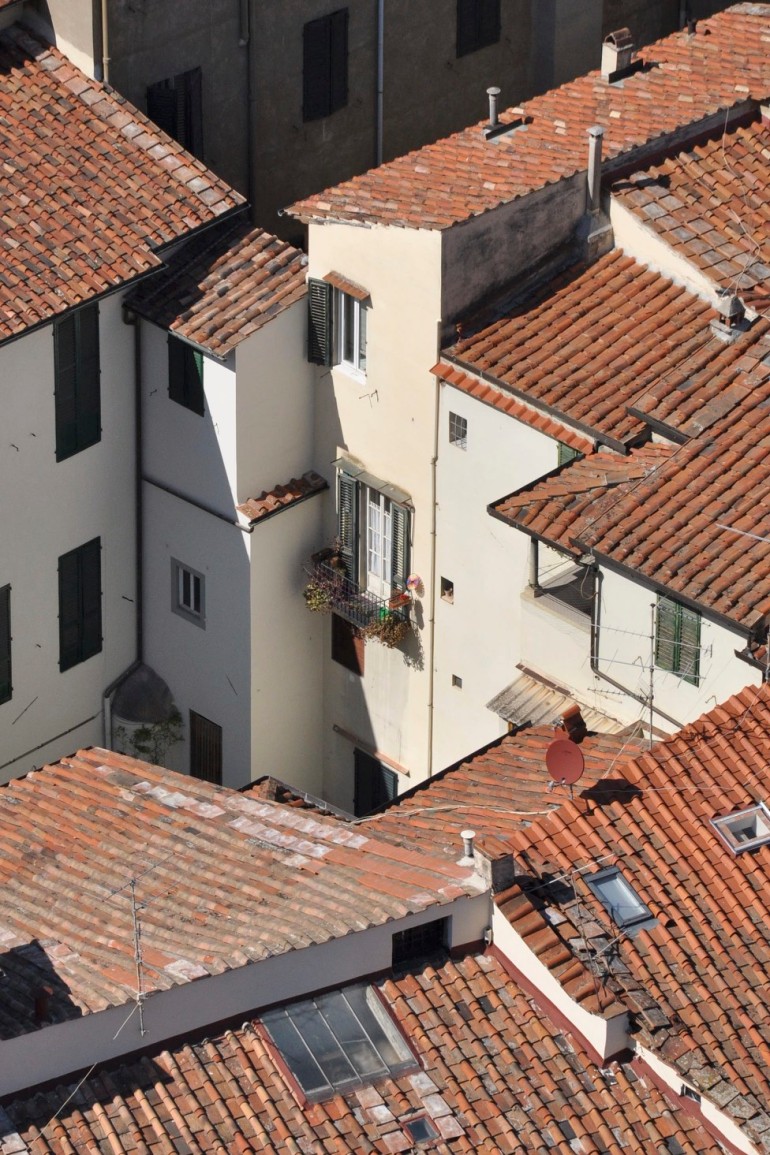 After trying, and probably failing, to capture the beauty on our cameras an in our memories, we headed to another look out point. 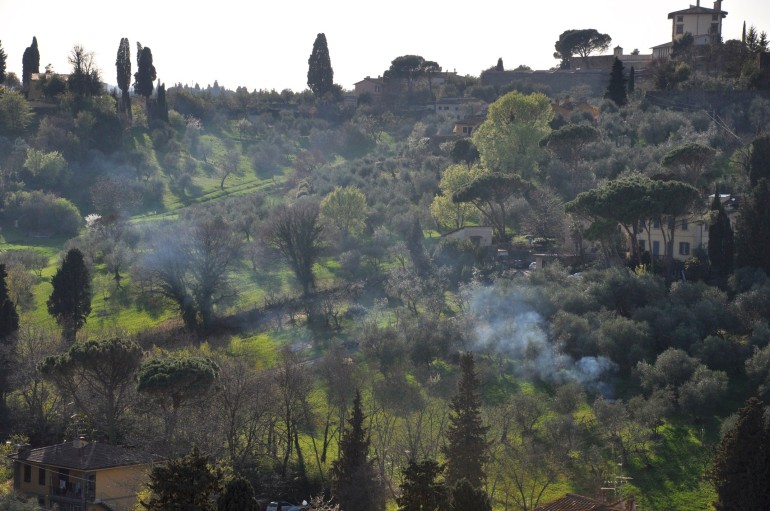 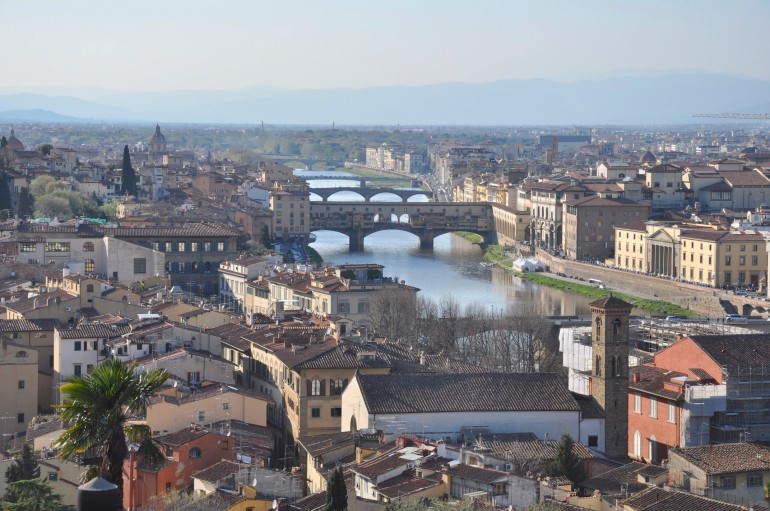 As a side note, I don’t think there would be anything more incredible than driving this van around Tuscany. Maybe someday.

After all the climbing of the day we, of course, deserved a bit of gelato. Or maybe a lot. 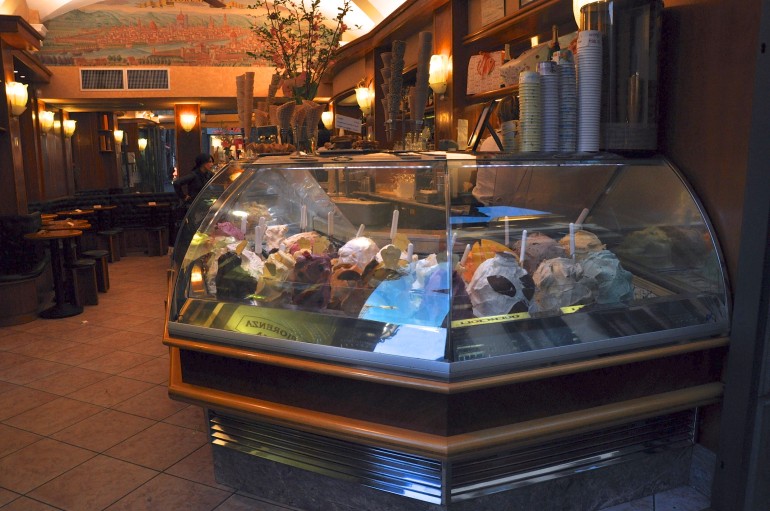 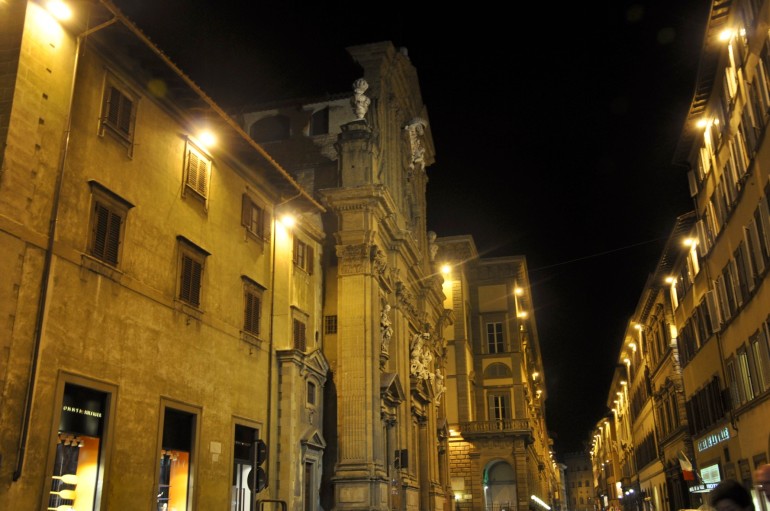 It only took two days for me to fall in love with Florence. I’ve seen many more cities since then but Florence remains in my heart because of its warmth of color and deep profound history. It was so fun for me to look back through these photos as if I was seeing them for the first time. And I hope you’ve enjoyed them as well!

One thought on “Florence From Above”