Two Saturdays ago myself and a friend found ourselves at Daejeon’s main bus terminal very early with tickets to a small town on the coast called Taean.

It was a long weekend for us so we figured we had to get out of Daejeon for a least one day and a tulip festival with the prospect of an afternoon on the beach seemed like a good idea.

Seemed being the key word here.

As soon as we arrived, two hours later, at the bus station in Taean I should have known that was the beginning of an interesting, so to speak, day ahead of us.

With a certain amount of difficulty and still not 100% sure where it was going, we hopped on a city bus that would allegedly end up close to the flower festival.

It did take us down to the lower island where the festival was held but let us off at yet another confusing bus stop where we just decided to take a taxi the rest of the way.

We did eventually make it to the festival thankfully and even got a discount for being foreigners. The girl at the ticket counter specified “American” on my ticket without asking specifically and I’m curious as to how she came to that conclusion.

Once inside we started to make our way through the giant sprawling tulip gardens. 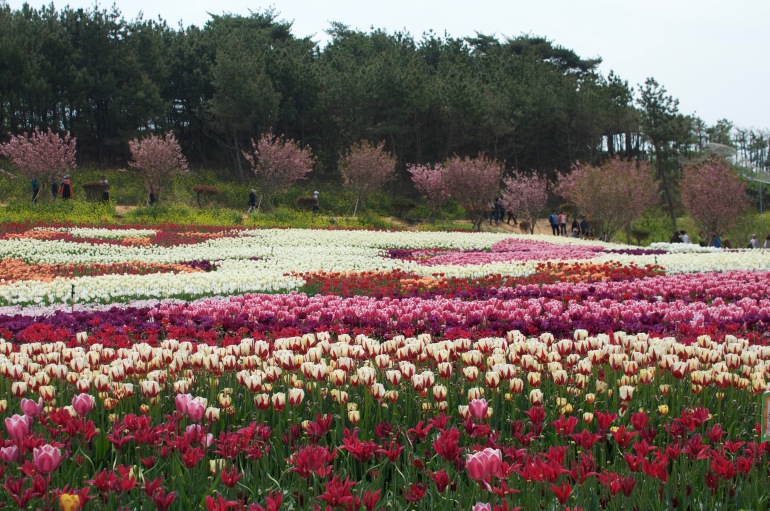 The flowers themselves were beautiful but the whole park was a little… cheesy? There were mascot’s walking around dressed up like tulips, which were terrifying, and they had kind of eerie children’s music playing throughout the entire park. Like “Happy Birthday” and “Twinkle Twinkle Little Star” all in English. I guess it was meant to be geared towards children but it was a touch unsettling regardless. 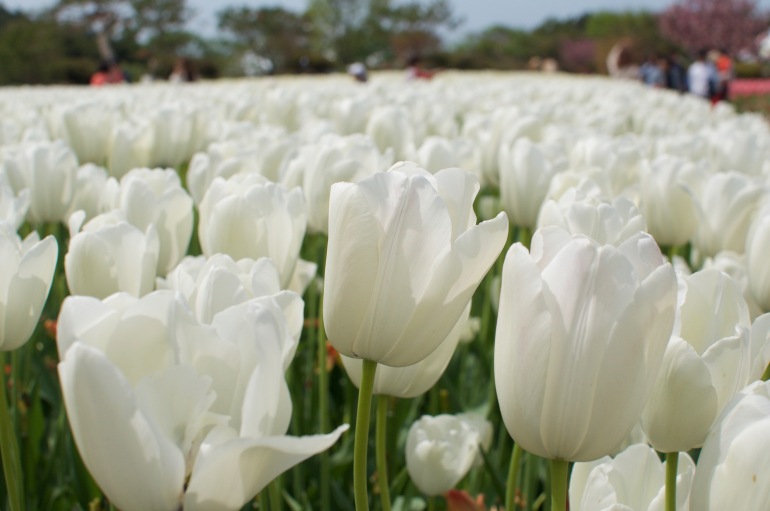 So while the atmosphere was a little odd, the flowers were really cool. They had a lot of little green house areas with different plants from various climates around the world. And an entire walkway covered in orchids. 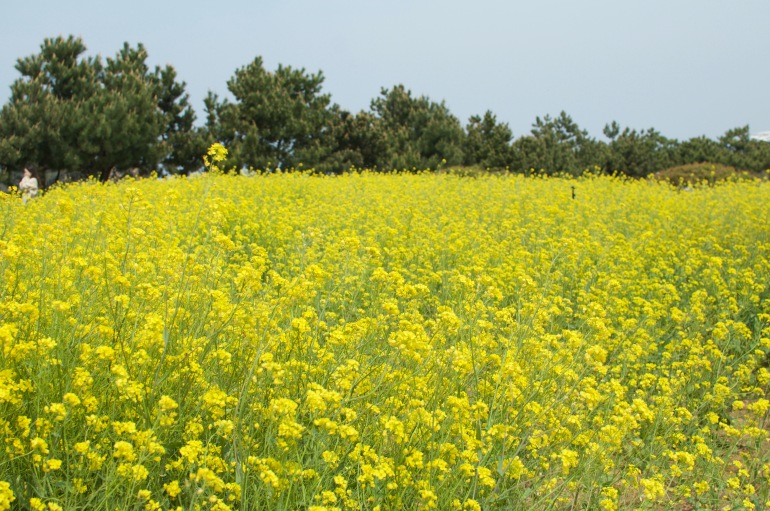 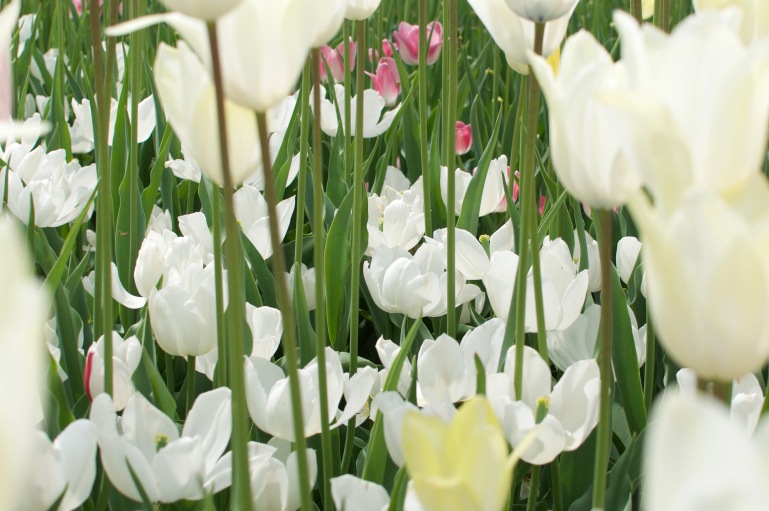 It didn’t really take us that long to get through the whole thing so we decided to head towards the beaches and find something for lunch.

Our plan was to hit up a convenience store and buy a bunch of snacks and ramen and relax on the beach while enjoying the nice atmosphere.

But when we turned up, snacks in hand ready to find a nice little spot to sit, what we were greeted with was instead miles of wet sand, hundreds of people with tools digging for oysters, and a strong freezing ocean wind. 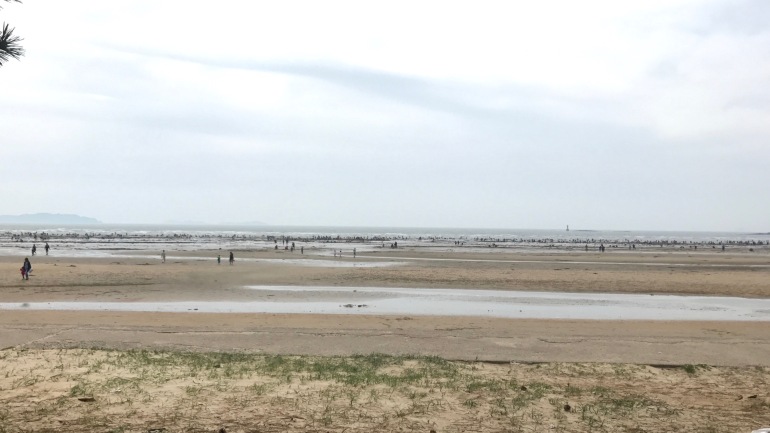 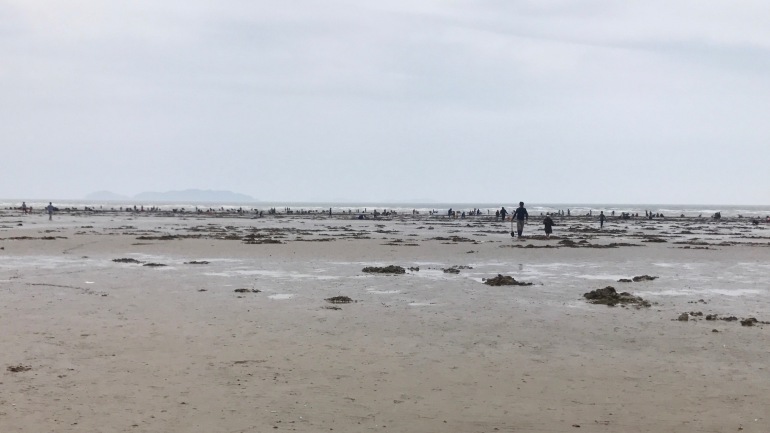 We eventually ended up huddled on a little wooden platform outside a campground trying to stay warm and eat our snacks at the same time.

I had dressed entirely inappropriately for the weather and the wind so I was freezing, but watching people coming in from getting their oysters and being close to the water was refreshing anyway.

But after a while I was pretty much frozen solid so we decided to pack back up and head towards the bus station back to Daejeon.

And eventually we did make it back home, a little windswept but all in one piece.

It was certainly an adventure, and while I’d definitely go back to Taean for the beach when it’s warmer I don’t think I need to see the Tulip festival again.

Still it was better than just sitting around at home on a Saturday!

Thanks as always for reading. And if you’ve visited Taean let me know how it was!!