April was a pretty low-key month. At the end of March I found that I’d accidentally written something closer to a short novel than a blog post about everything that happened but this month I’m here with almost nothing.

In fact I don’t even remember much in particular that I did, a sure sign that it was nothing too exciting. I’ve had to look through the random pictures on my phone to remind me. So I thought I’d just go through some of those with you as a very brief, lazy, overview of my April. 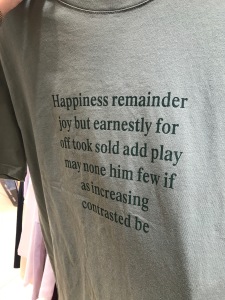 1. Saw this amazing shirt in a store downtown.

“Happiness remainder joy but earnestly for off took sold add play may none him few if as increasing contrasted be.”

My favorite thing about this is that it’s such utter nonsense that it almost sounds like Shakespeare.

2. The most perfect volleyball Saturday.

About two weekends ago I played with my volleyball team in a real game for the first time! Foreigners aren’t allowed to play in official games, something about which I could go on for a while but I shall refrain. But in a weird loophole women are allowed to play in the men’s games regardless because, I assume, they figure we’re a “disadvantage to them” regardless. Again I could go on but I’ll refrain.

We had three different games; one at 9:00, 11:00 and 2:00. I got to play in all of them, and the feeling of being on a team again and playing for real was something I didn’t realize I missed a lot. We won the last game but I had a few good digs so the day was a success in my book.

After the games some of us went to a park to chill. We bought a bunch of snacks and sat around talking and munching and I haven’t ever felt so comfortable and connected to Korea since I’ve lived here.

Everyone on the team is so nice, but even more importantly the whole thing is just so regular. Like they’re all just regular people living their regular lives and being surrounded by that makes me feel regular too. A privilege that foreigners are not often afforded here.

It was a little surreal to be sitting at my desk during a free period only a short distance, relatively speaking, from where this was actually taking place. And watching the updates come in real-time was super exciting.

This country is special to me and I’m really happy for the steps towards peace, however small, that they were able to take that day.

In all honesty I haven’t really studied Korean seriously much at all since I’ve been back from America. But with the realization that my next TOPIK test is only about 2 months away I’ve kicked the studying back into serious mode.

It’s a lot harder now that I’m so busy but it’s nice to have the motivation back. TOPIK II is no joke though, so I’m going to really have to buckle down here in the next few weeks. I think I’ll be able to study enough grammar by then but it’s the vocabulary I’m worried about. 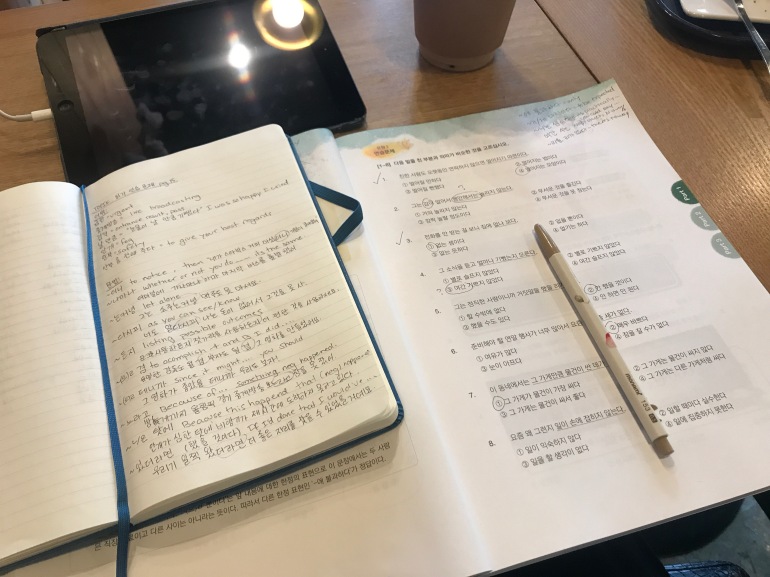 April is the end of that “first three months of school serious content push” and as their midterm exams were May 1, 2, and 3 we’re now officially past that.

These first three months are the hardest. We have almost zero days off and all classes are straight content no fluff. But from here on out we start to get a lot of random day’s off here and there and before you know it, summer vacation is in sight.

My afterschool class continues to be difficult but were now officially halfway through the 14 required classes and so I can almost see the light at the end of the tunnel. And I think we’ve reached a kind of understanding. I won’t make them do anything too hard, and they’ll at least pretend to try whatever activity we’re doing. The girls still don’t speak but at least the boys seem to have a good enough time. 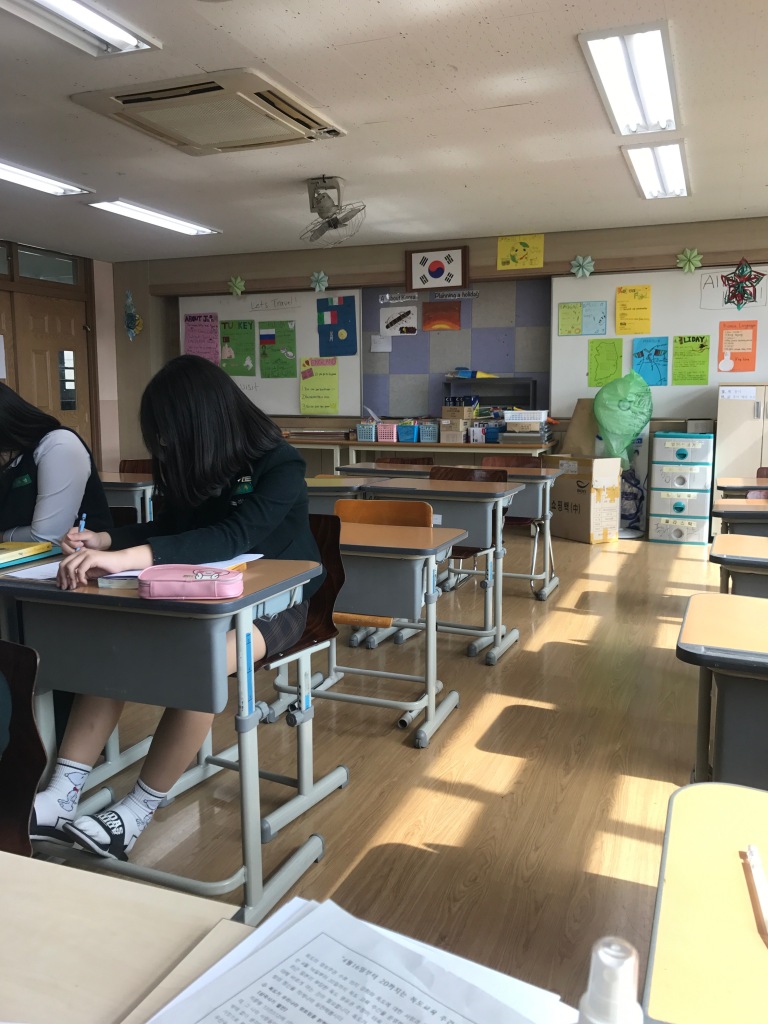 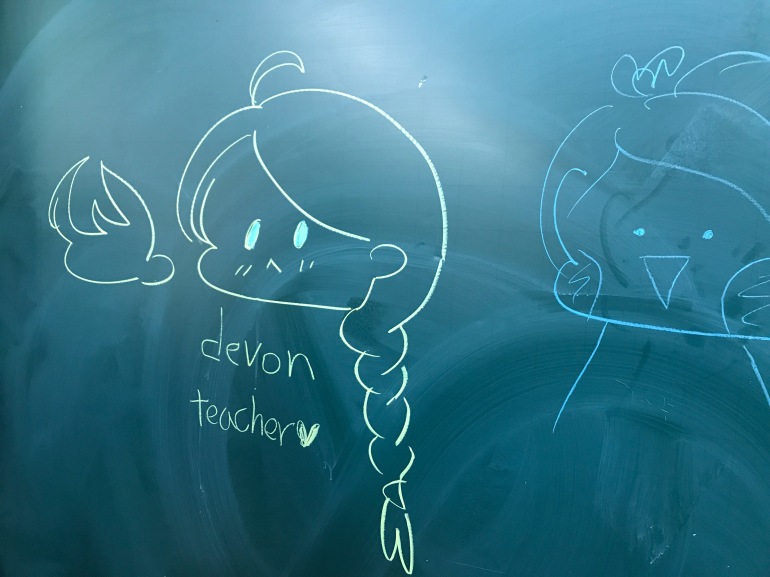 April is that perfect month where it’s still cool in the mornings and evenings but comfortably warm during the day. And although the whole month certainly wasn’t all good, we’ve had a few really good air quality days which always makes me happy ^^

For anyone who doesn’t know, I go to church in Seoul which means that I’m in a bus for about 4 hours each Sunday.

But for me the community is worth it.

Also, our church is in a really nice area in Seoul so I get to visit a lot of really cool cafe’s and restaurants.

And that’s about it for April! Like I said, nothing earth shattering, but it was a good month nonetheless. I’ve been feeling a lot better since that weird low point last month and so I’m hoping it’s all smooth sailing from here on out!

Hope your April was as chilled as mine. Thanks as always for reading!!