Friday night, after a very long day at work, I headed up to Seoul to see a friend and get out of Daejeon for a bit. That night we got some drinks with her friends from university where I was proud to understand about 20% of the conversation going on but happy to be with other people my age. When we met them this is what greeted us on the table.

I’m usually down to try anything once, which is why I knew better than to eat what was in the black bowl in the upper right hand corner. ( Beondegi 번데기 which are silkworm pupae and taste pretty much as gross as they sound.) But on this particular night I just couldn’t be talked into the octopus for some reason. But I enjoyed the company and the beer regardless.

The next morning I woke up before my friend and had some time to kill so I went out to wander around the 성신여대입구 area.

Eventually I found this little coffee shop called Cafe Mug. I got a seat by a window and a bunch of plants and sat there for a very long time just relaxing and studying Korean.

Eventually I met up with my friend. We got dinner and had about 3 hours before my train back to Daejeon. Per the suggestion of my friend we ended up at Naksan Park. I had never been here before so I had no idea what to expect but what we found was way better than I expected.

We arrived just as the sun was setting and got to see the most amazing view of the city. 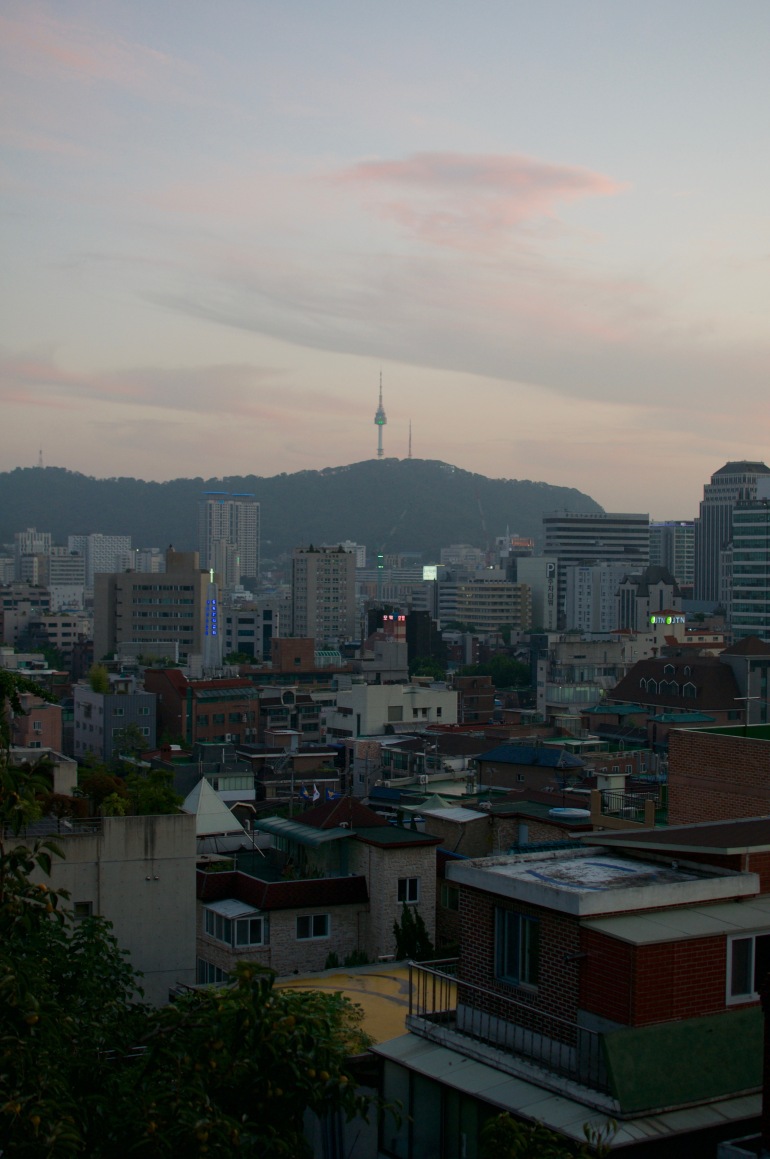 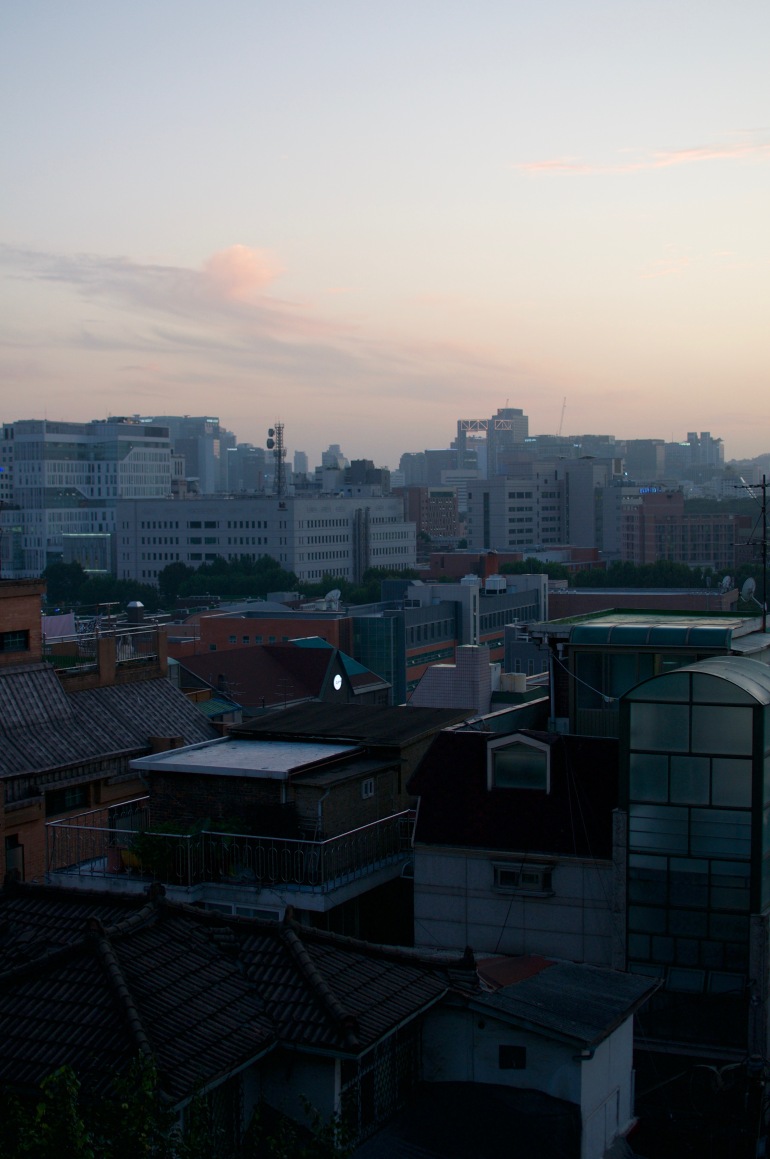 Then we walked around some of the shops in the area. The whole places feels a bit frozen in time. Like only this little pocket of Seoul never made it into the 21st century. 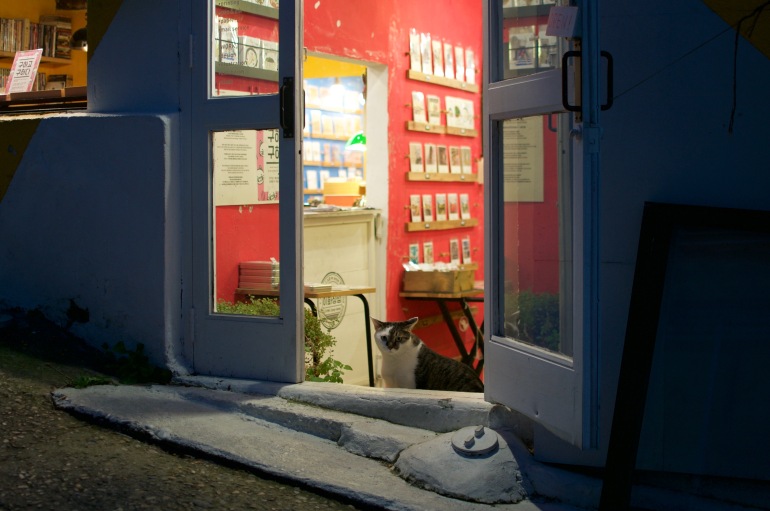 The sun was almost gone by the time we started climbing the stairs up to the old fortress wall. 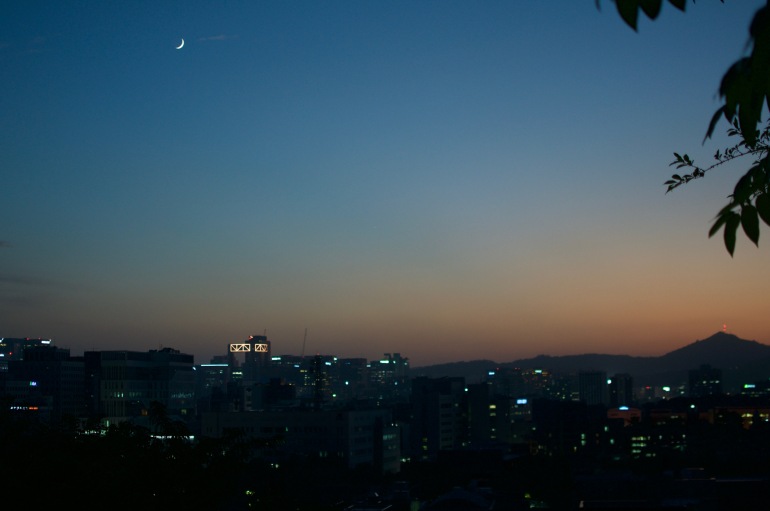 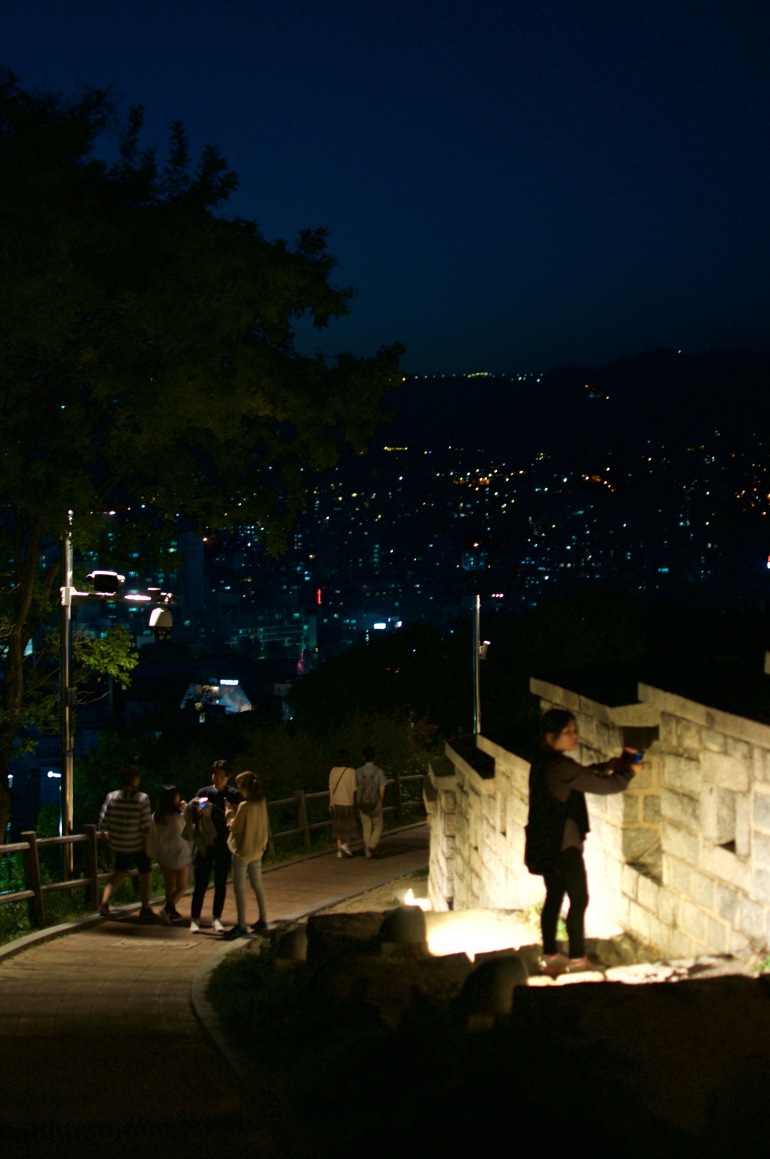 We walked around there for a bit and too quickly it was time for me to catch the train back to Daejeon.

It was a very short little visit to Seoul, but very fun as always. Good to see my friend, good to see this little piece of Seoul where things remain frozen in time, and good to behind my camera again to get these pictures.

If you’re ever in Seoul I highly recommend checking out Naksan park. Especially around sunset.

As always thanks for reading!

6 thoughts on “An Evening in Naksan Park 낙산공원”