Seoul basically feels like New York city, except that everyone is Korean. It wasn’t until I got out into the country side that I really started to feel like I was in a completely foreign country.

But the difference between Seoul and any other big city in the US is that you can be in the heart of the city and stumble across a Buddhist temple that was built is 784. You just don’t see that in New York.

And that’s what happened to us.

It was my first official day in Korea and my friend was showing me around Gangnam, the area that I’d be staying in.

We sat in a cafe for a while in the morning and I had my first coffee in Korea which began my now ongoing love of the beautifully simply iced latte. Which I swear tastes better in Korea. We walked around Gangnam for a while then hopped on the subway and went one stop down to COEX mall, which is a beautiful giant underground shopping mall/convention center.

After shopping for a while we didn’t have much else to do so we started walking around outside the convention center when suddenly, we found ourselves in front of Bongeunsa 봉은사 Temple.

Taking the subway, drinking latte’s, shopping in a mall nicer than any I’ve seen in America, it was all fun but none of it felt distinctly Korean. But it only took about 2 steps into the temple for me to feel the difference. 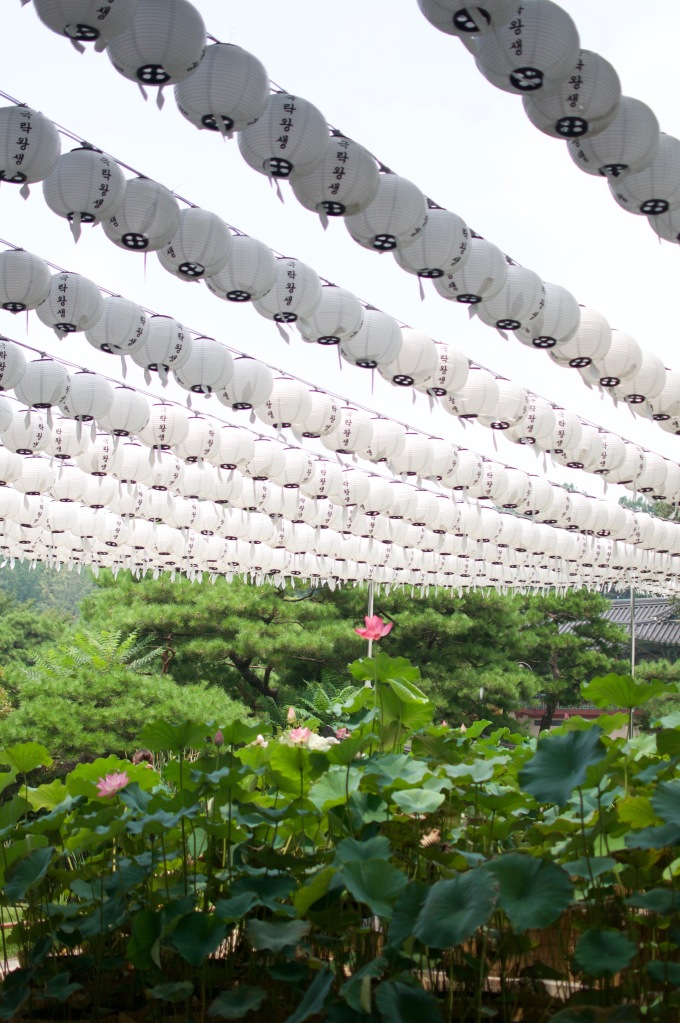 This is the kind of stuff you don’t see in New York City.

According to my friend there was some sort of celebration going on, hence the lanterns. I was in completely in awe. The hundreds of lotus flowers blooming in bright pink under thousands of gently swaying white lanterns was surreal.

During my time in Korea I would feel, many times, like I’d accidentally stumbled into another world, one that had existed for centuries with out my knowledge. It was like unlocking a history that wasn’t mine, that was completely fresh and fascinating and exotic. This was the first time I felt that.

As we kept walking the temple area opened up into a large area with walking paths breaking off in many directions. The views that it offered of the intricate temple buildings with the tall modern city skyscrapers in the background were incredible. 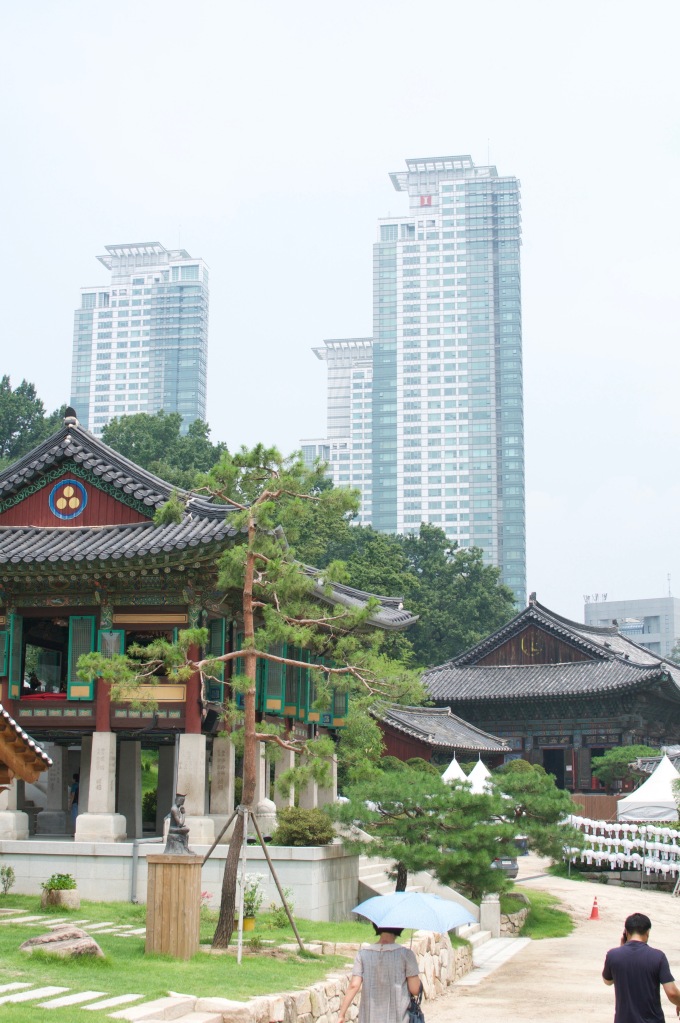 Bongeunsa is a Buddhist temple and so there were several impressive statues as well.

I’ve talked a lot on this blog about the relationship between Korean history and modern Korean culture. And this was just another example of it. It was a perfect first day and just a little introduction to the complex relationship between old and new that I would continue to uncover in this city.

So if you are looking for something in Gangnam other than coffee, shopping, and busy streets, I highly recommend checking out Bongeunsa. Especially if you find your self in COEX, head across the street to the temple to a glimpse into the other side of the Korea.